Former Pakistan captain Inzamam-ul-Haq has opined that skipper Babar Azam and Mohammad Rizwan will have to take greater responsibility in the batting department for the team to do well in the upcoming matches.

Despite playing against an England team that was put together at the last moment after COVID-19 hit the hosts’ camp, Pakistan still lost the first two ODIs without putting up much of a fight, thus conceding the three-match series.

Speaking on his official YouTube channel, Inzamam said that Pakistan will be looking for better performances from captain Azam and Rizwan going forward. The former Pakistan captain stated:

“Babar Azam is playing well. He is a world-class player. Unfortunately, he is getting out. But he will need to take responsibility. This is a big series so Rizwan and Babar will have to stand up. Both are excellent players and they need to stay at the wicket so that they can encourage the other players in the team.”

While Azam scored 0 and 19 in the first two ODIs, Rizwan was dismissed 13 and 5. Pakistan lost the first ODI by nine wickets and the second by 52 runs.

Inzamam also advised Sohaib Maqsood to display more patience in the ODI format. Maqsood was picked for the England series on the basis of an impressive PSL 2021 season. He got starts in both matches but could not carry on. Inzamam said about Maqsood:

“Sohaib Maqsood played brilliantly in the PSL and he is looking in good form here as well. But he needs to realize that this is not T20. He must learn to rotate the strike, take singles and spend time at the crease. Instead of batting for 13-14 overs, he must be prepared to bat for 35-40 overs.”

While Pakistan’s batsmen have taken most of the brickbats for defeats in the first two ODIs against England, Inzamam is disappointed with the team’s bowling as well. According to him, they should have done better given the conditions on offer. Inzamam said:

“One cannot criticize the bowler much. They didn’t have a big total to defend in the first match as Pakistan made 141. But they should have at least got 3-4 wickets as this is a second England XI. In the second match, they bowled first and shouldn’t have allowed England to put up the score they did – 247. It is a very good score under conditions where the ball is moving around. So Pakistan bowlers also need to show improvement.”

Speaking about Shadab Khan, Inzamam added that Pakistan will continue to struggle unless their spinners take wickets in the middle overs. Shadab has taken a solitary wicket in the series so far. Inzamam explained: 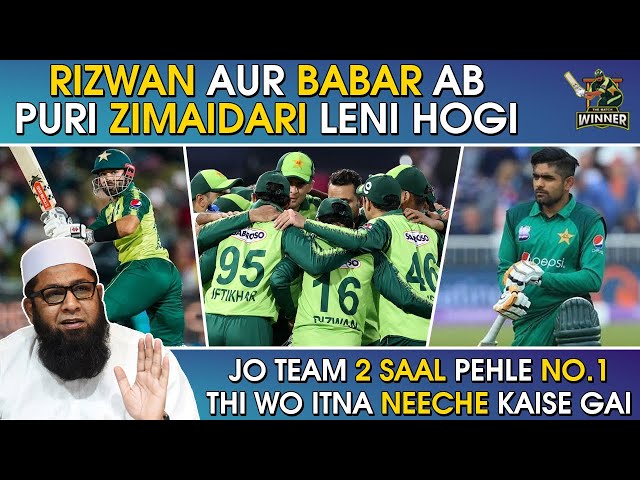 The third ODI of the England-Pakistan series will be played in Birmingham on July 13. The one-dayers will be followed by three T20Is.

Watch: “Thought we were in the middle of Summer” – Dinesh Karthik while stuck in Rain with Washington Sundar in a bus stop in London