The West Indian cricketer Chris Gayle has once again proved that the age is just a number as he has played a match-winning knock in the third T20I against the Australian cricket team. There were some people who had problem with Chris Gayle getting place in the West Indian squad as the destructive batsman was not in good touch but in the third T20I which was played at Daren Sammy Cricket Ground, St. Lucia, he was back in his sublime form and scored 67 runs in just 38 balls when no Aussie batter was able to score runs in a comfortable manner. Chris Gayle played an explosive innings which included 4 fours and 7 sixes and it helped his team in winning the match by chasing the target of 142 in just 14.5 overs. 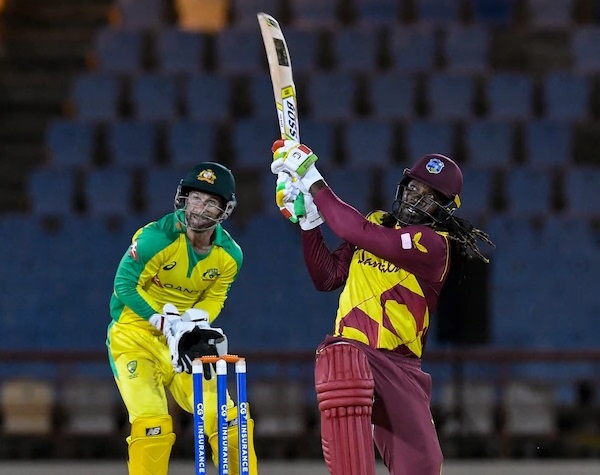 Batting first, Australia scored 141/6 while the West Indian team achieved the target with 31 balls remaining and won the match by 6 wickets. With this victory, the hosts have taken the invincible lead of 3-0 in the 5-match T20I series.

The 41 years old West Indian cricketer who loves to call himself the Universe Boss was pretty happy with his performance and was seen sporting a sticker of “The Boss” on his bat. While talking about the sticker, Chris Gayle discloses that the apex cricket body International Cricket Council (ICC) doesn’t want him to use “Universe Boss” because of which he has shortened it as “The Boss”.

On being questioned whether the ICC has copyrighted the term “Universe Boss”, Chris Gayle says that it is he who has to copyright it as technically he is the boss. When the left-handed batsman was asked whether it was difficult for him to face and score at the bowling of the Australian pacers as Mitchell Starc and Riley Meredith were bowling at a good pace and body reflexes get slow with increasing age, Chris Gayle said that he used his experience to score runs. 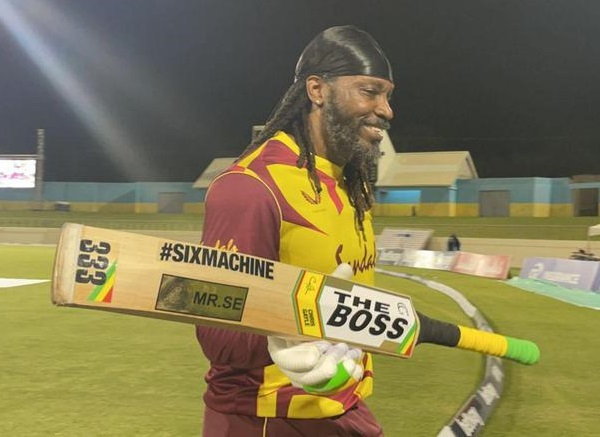 Well, these statements certainly speak a lot about the confidence and attitude of Chris Gayle and you can hear him saying this in a video clip posted on the micro-blogging site Twitter by a cricketing portal.

Chris Gayle's got some fresh stickers after a short conversation with the ICC!

While the West Indians have already taken an invincible lead, they will like to clean sweep the series by winning the two remaining matches as well. On the other hand, the visitors will like to win the remaining two matches to save some respect.

The post Chris Gayle Opens Up On New Bat Sticker, Reveals ICC Doesn’t Want Him To Use ‘Universe Boss’ appeared first on Notesradar.