Former Indian wicketkeeper-batsman Deep Dasgupta has talked about the pros and cons of increasing ICC competitions for the 2024-2031 cycle.

Dasgupta believes the increase in the number of ICC tournaments will be beneficial for expanding the game of cricket across the globe. It will give talented cricketers, both men and women, an even bigger stage to prove their mettle.

However, he is also of the opinion that there will be an excessive workload for the players. In a video on his YouTube channel, Deep Dasgupta explained how these changes could see India and other nations make format-specific teams.

“With the increase in the number of ICC tournaments per year and the relevance of bilateral series also into the picture, the workload on the players will increase. This will allow the present scenario to occur more as one Indian team prepares for the England series and the other heads to Sri Lanka for the limited-overs leg,” Deep Dasgupta opined.

Players might have to choose between franchise cricket and internationals: Deep Dasgupta 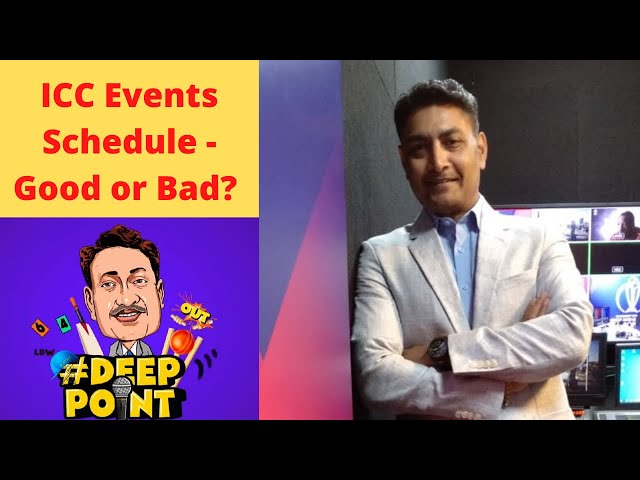 With the second half of the IPL 2021 season likely to take place in September-October, there are doubts about the availability of the majority of overseas players. It is because of their international commitments during that period.

Deep Dasgupta reckons this situation could take place more frequently as the increased ICC tournaments might compel some players to choose their country over franchise leagues.

How much are you enjoying IPL 2021’s cricket coverage? Please spend 30 seconds answering this survey so that we can better understand how to serve your cricket needs

PSL 2021: 5 overseas stars who will play in Pakistan Super League for the first time