Aakash Chopra feels Jasprit Bumrah going wicketless in England’s first innings of the Lord’s Test is not as much of a concern as him bowling 13 no-balls.

Bumrah seemed to lack rhythm and did not look threatening enough. He even delivered four no-balls in his last over of the England innings, while bowling to James Anderson.

In a video shared on his YouTube channel, Aakash Chopra reflected on some of the areas of improvement in the Indian bowling department. With regards to Jasprit Bumrah, he pointed out: 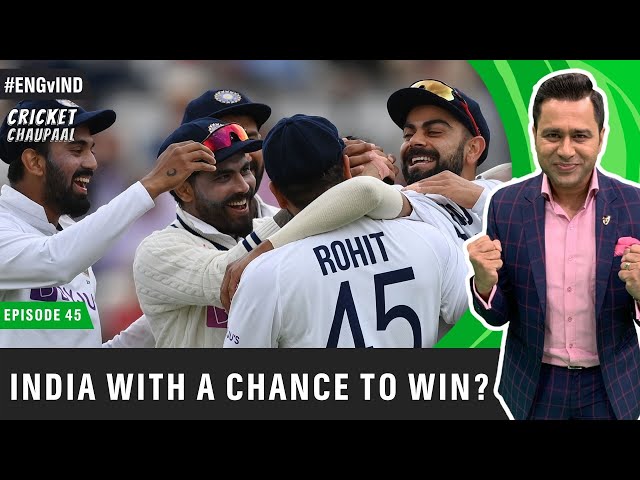 The cricketer-turned-commentator highlighted that such a transgression could cost the team dearly. Aakash Chopra explained:

“There was a lot of overstepping, which is not a good thing because sometimes a no-ball brings a wicket and consider if Joe Root’s edge had been found and it was a no-ball. I mean, that is game, set and match. That is something that he needs to look into.”

Jasprit Bumrah will surely want to rectify this issue, considering that a similar mistake had given a reprieval to Fakhar Zaman in the 2017 Champions Trophy final and he went on to score a match-winning century.

Most no-balls in a Test innings by a wicketless Indian bowler:-

Aakash Chopra on Ravindra Jadeja not being amongst the wickets

Aakash Chopra pointed out that Ravindra Jadeja not being amongst the wickets is also an area of concern. He elaborated:

“Jaddu did not take a wicket. You will definitely want that he takes wickets because if he doesn’t take wickets, things will be different on the fifth day. He has bowled in three innings now and has not got wickets.”

The 43-year-old hoped that the spin-bowling all-rounder would rise to the occasion with the ball just like he has done with the bat. In this regard, Aakash Chopra observed:

“You want wickets from your spinner at some stage. Day 5 should belong to Ravindra Jadeja the bowler. So far his batting has been impeccable and now is the turn for his bowling to shine and fire as well.”

With Team India opting not to play Ravichandran Ashwin, Jadeja is the sole frontline spinner in the side. He will have a huge role to play in the fourth innings, with the Lord’s pitch already providing some assistance to the spinners.

“Joe Root stands between India and a victory”- Deep Dasgupta