Former Pakistan cricketer Ramiz Raja deciphered England’s approach during the third Test at Headingley, Leeds. While they engaged in verbal duels at Lord’s, England ensured that they let the ball do the talking in Headingley.

India got bowled out for just 78 runs after another middle-order failure. The Indian tail that had wagged in the last game also failed to contribute much. Any chances of India picking up quick wickets were also extinguished as England openers Rory Burns and Haseeb Hameed put on an unbeaten 120 runs for the first wicket.

In a video on his YouTube channel, this is what Ramiz Raja had to say:

“England had planned this time not to get into a verbal argument and focused on creating relentless pressure. India’s tail also didn’t wag coincidentally like they did in the last match. There was no resistance and then the hundred run stand between Burns and Hameed and made sure that it will be difficult for India to save the game.” 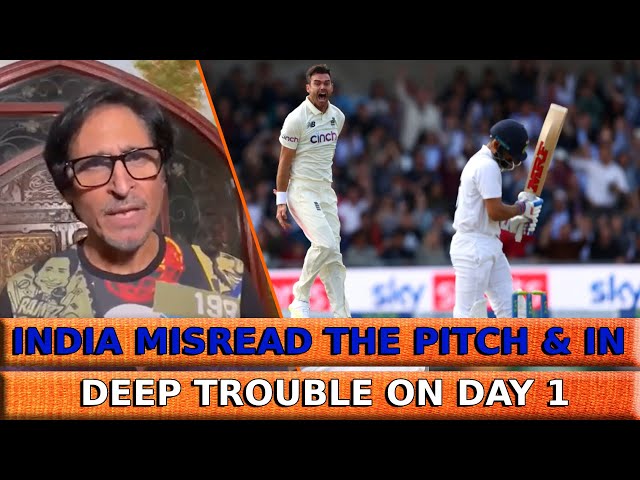 England will take a lead of at least 200 runs: Ramiz Raja

Ramiz Raja opined that it will be a very stern Test for India to save the Test match from here. According to him, England might take a lead of at least 200 runs. India’s middle-order will need to get among the runs and will need to score big if India are to save the game. If that doesn’t happen, Ramiz Raja feels the game will end inside four days.

“I feel England will take a lead of atleast 200 runs. Kohli, Pujara and Rahane will need to fire. If England have a good Day 2 with the bat, this Test might get over in four days,” Ramiz Raja concluded.

Perhaps the only chance for India to stay in the Test is to boss the first session on Day 2 with a cluster of wickets.