Pakistan bowler Sohail Tanvir feels he is capable of delivering as an all-rounder for the country’s cricket team, especially in the shorter formats of the game. Tanvir was part of the Multan Sultans team that won the PSL 2021 season and contributed well with both bat and ball.

Sohail Tanvir feels the role that he got at No.7 in the latest PSL season gave him the freedom and time to express himself as a batsman. He wasn’t dismissed on even a single occasion and constructed some crucial partnerships along the way.

Speaking to Cricket Pakistan, Sohail Tanvir explained why he feels he is ready to slot in as an all-rounder in the Pakistan team.

“In the very recent PSL games, I got the responsibility to bat at No.7 after a long time. Before that I used to bat at No.8 or No.9 where you get 4-6 balls on average to face on that position. But at No.7 you get more time which I got with the Multan Sultans. I can see that there is a spot open in the Pakistan team for an all-rounder that anyone can grab. So definitely I am eyeing on it,” Tanvir stated.

We did not bowl according to the demands of the situation against England: Sohail Tanvir 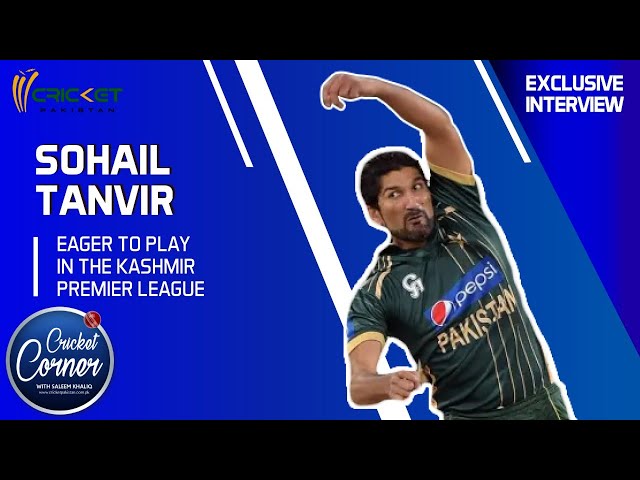 Pakistan had a disappointing outing against England in the recent ODI series where they were beaten 3-0 by a second-string side. Sohail Tanvir felt that while the conditions were conducive to fast bowling, the Pakistan bowlers bowled a bit shorter.

The left-arm pacer shed light on how the lack of four-day cricket is hurting the current Pakistan bowling attack in adjusting to their line and length.

“These player adapt really well in T20 cricket, but when it comes to the longer version of the game, I don’t think there’s enough preparation. There were seaming conditions in the ODI series and we did not bowl according to the demands of the situation. Our lengths were a bit shorter. As a bowler you learn this only when you bowl longer spells. It is important to play red-ball cricket and things will be difficult untill they don’t go through this process,” Sohail Tanvir concluded.

IND vs SL 2021: Why Aakash Chopra is against considering Chetan Sakariya for T20 World Cup