The 6th match of the Emirates D20 will see Fujairah facing off against Abu Dhabi on 15th June at the ICC Academy.

For all the Dream11 Tips and Fantasy Cricket Live Updates, follow us on Notesradar Telegram Channel.

This game is scheduled to start at 10:30 PM IST and live score and commentary can be seen on FanCode and Notesradarwebsite.

The Emirates D20 will see its sixth match of this season between Fujairah and Abu Dhabi.

Fujairah will be facing off against Abu Dhabi for the first time in the sixth match of this season of the Emirates D20.

The temperature is expected to hover around 38°C on the matchday with 40% humidity and 29 km/hr wind speed. There are no chances of precipitation during the game.

The ICC Academy supplies a neutral wicket where both the departments are expected to receive a reasonable amount of help from the surface. Spinners will play a crucial role in the middle overs.

The average first innings score on this wicket is 149 runs.

The team batting second has great records here. They have maintained a winning percentage of 80 on this ground.

(Will be added when there is an update)

Rohan Mustafa is a left-handed batsman and right-arm medium-fast bowler from Fujairah. He scored 7 runs and picked up 5 wickets in the last game.

Usman Khan is a right-handed batsman from Fujairah. He hammered 106 runs in the last match.

Waseem Muhammad is a right-handed batsman and right-arm medium pacer from Fujairah. He scored 5 runs in the last game.

Ghulam Murtaza is a right-handed batsman and right-arm medium pacer from Abu Dhabi. He marked 23 runs and grabbed 4 wickets in the last match.

Suggested Playing XI No.1 for FUJ vs ABD Dream11 Team:

Suggested Playing XI No.2 for FUJ vs ABD Dream11 Team: 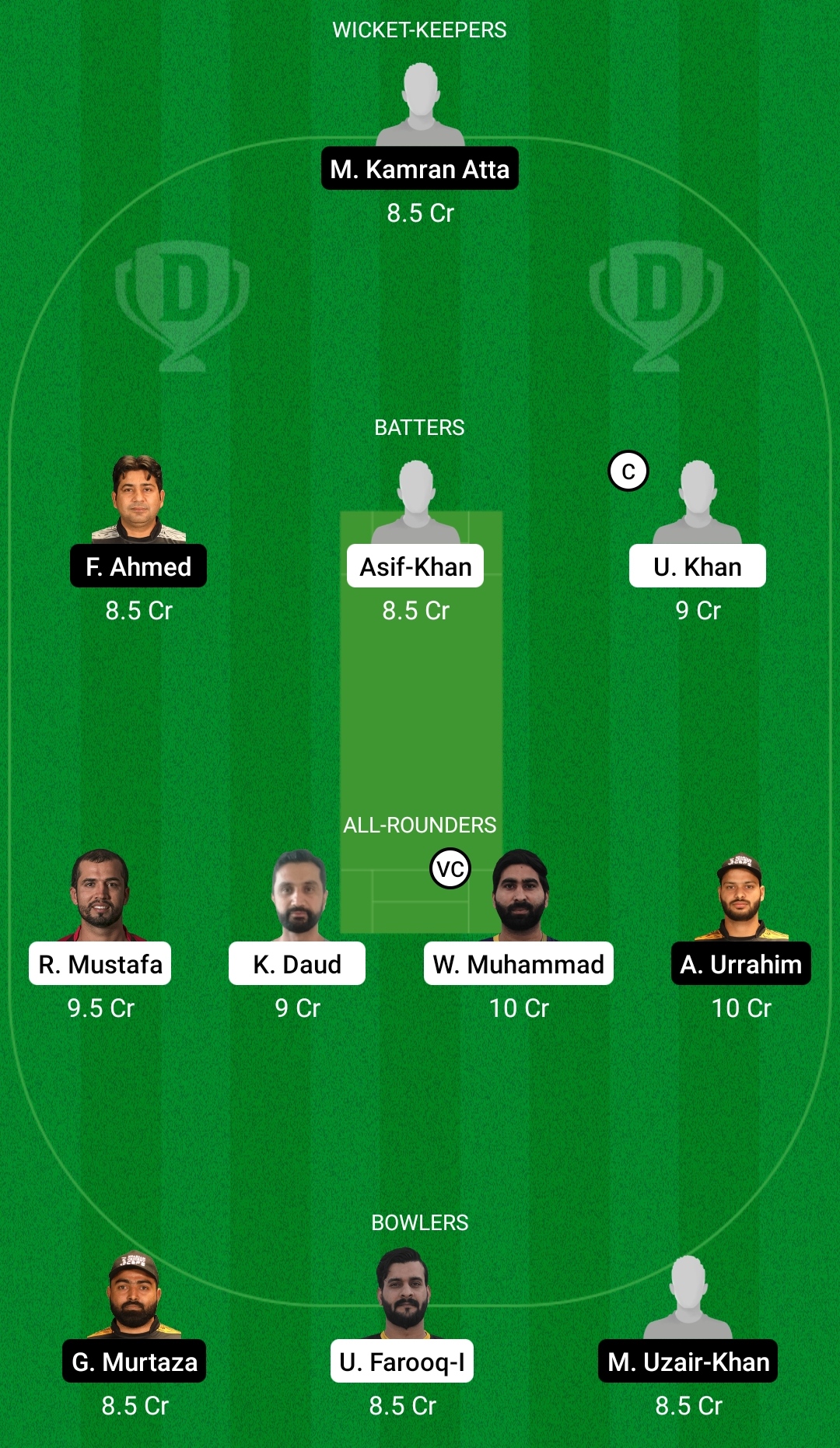 Rohan Mustafa will be a great multiplier choice for the mini-grand leagues. Attah Urrahim and Umer Farooq-I are among the punt-picks here. The best-suggested fantasy/Dream11 combination for this game is 1-4-3-3.

Fujairah is expected to win this match.