Murali Kartik has slammed the current Indian spin bowlers in domestic cricket, saying the quality is not the same as before. The former Indian left-arm spinner mentioned that barring a few spinners, the rest did not have the ingredients to become successful in red-ball cricket.

Kartik said the upcoming spinners should focus more on the longer format of the game instead of one-day cricket or T20. He emphasized that spin bowlers can adapt to shorter formats after mastering the art of spin bowling in longer formats, but the reverse was not always possible.

Appearing on The Last Wicket podcast, Murali Kartik spoke at length about the quality of Indian spin bowling in domestic cricket.

“Things have changed and with that, the quality has dropped drastically. So if you ask me do we have the kind of spinners which we had, no. As I said, it’s only been going down. And I’ve always said that many of the former spinners, who used to look at us when we were playing, would have been turning in their graveyards – what are these bowlers? Horrible bowlers!” Murali Kartik said. 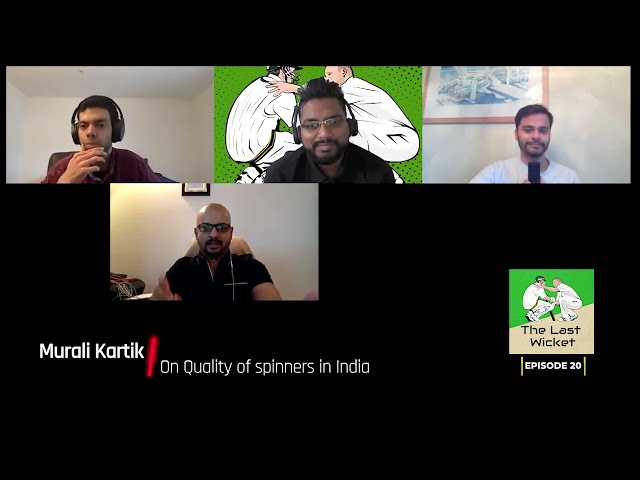 Murali Kartik described how he would bowl with a silly point even in limited-overs cricket. In contrast, most spinners of the current era bowl with fielders in the deep even in longer formats and have a defensive mindset.

The art of spin bowling is about prising out wickets: Murali Kartik

Murali Kartik recalled the days when spinners, who would actually spin the ball instead of just bowling slow, competed for a spot in the Ranji Trophy teams. He felt the same thing was no longer present in the domestic arena. Further speaking on the issue, Kartik added:

“There are a few issues regarding this. See the quality or skill-wise, you see spin in a certain way. A spinner, as I was told when I first learned spin from Bishan Bedi, was a man that spins the ball. That’s the first thing. The art of spin bowling is about prising out wickets. For that, if you look at skills over the years, it’s only been going downhill.”

WTC Final: Ravi Shastri hints at the possibility of having 2 Indian cricket teams in the future