Former Pakistan skipper Inzamam-ul-Haq was extremely disappointed with the way Pakistan bowled in the third ODI against England. Despite posting a mammoth score of 331-9 in their 50 overs, Pakistan ended up losing the game as a second-string England side won by three wickets and completed a series whitewash.

Inzamam-ul-Haq shed light on how bowlers like Shaheen Afridi and Haris Rauf bowled expensive spells in the third ODI. But instead of blaming them for their poor performance, Inzamam feels tough questions must be asked of bowling coach Waqar Younis.

Speaking in a video on his YouTube channel, Inzamam-ul-Haq called England’s batsmen ‘academy players’ and expressed his concern towards the lack of improvement in Pakistan’s bowling department.

“If a bowler bowls at about 145 kmph and if an academy player scores off him, then we must believe that somewhere the fault is ours. I don’t understand how a coach like Waqar Younis can’t bring improvement.”

Shaheen Afridi will need to work on variations: Inzamam-ul-Haq 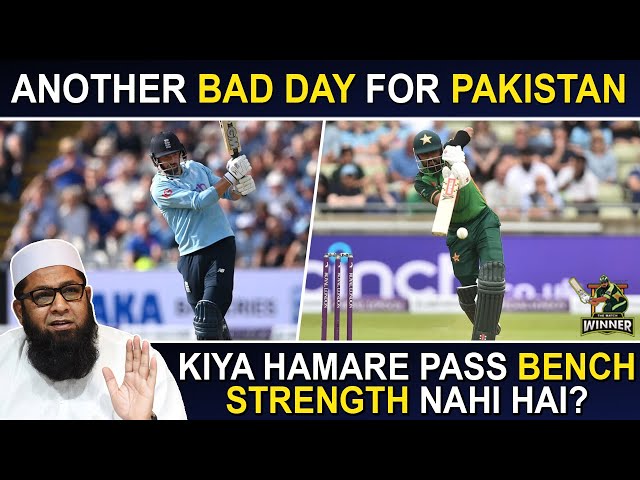 Shaheen Afridi had an extremely ordinary outing at Edgbaston. He gave away 78 runs in his ten overs and failed to take a single English wicket. Although he has good pace and talent, Inzamam-ul-Haq has opined that Afridi has become predictable as a bowler.

Inzamam feels the young left-armer will need to add more variation to his repertoire in order to keep the batsmen guessing at all times. If he doesn’t do that, Afridi runs the risk of remaining an ordinary bowler despite the huge potential he possesses.

“Shaheen is a very good bowler but he will need to add variety to his bowling. He is a young talented bowler and can play for Pakistan for a long time. However, if he doesn’t learn and doesn’t add variations to his bowling, then it will become easier for the other batsmen to play him,” Inzamam concluded.

“Unless you take a chance, how can you become a big team?” – Ramiz Raja questions Babar Azam’s cautious approach