Aakash Chopra has picked the biggest positives for Team India from the drawn first Test against England in Nottingham.

The Virat Kohli-led side seemed to have an advantage going into the final day of the first Test as they required 157 runs with nine wickets in hand. However, rain played spoilsport as the fifth day’s play was washed out.

In a video shared on his YouTube channel, Aakash Chopra named KL Rahul as the biggest positive for Team India considering the opening conundrum they were faced with. He said:

“The biggest positive has to be KL Rahul. There were eyes trained on him, Shubman Gill was supposed to open first but got injured, Mayank Agarwal was going to open and he had a concussion. Prithvi Shaw was called, in fact they were even calling Devdutt Padikkal.” 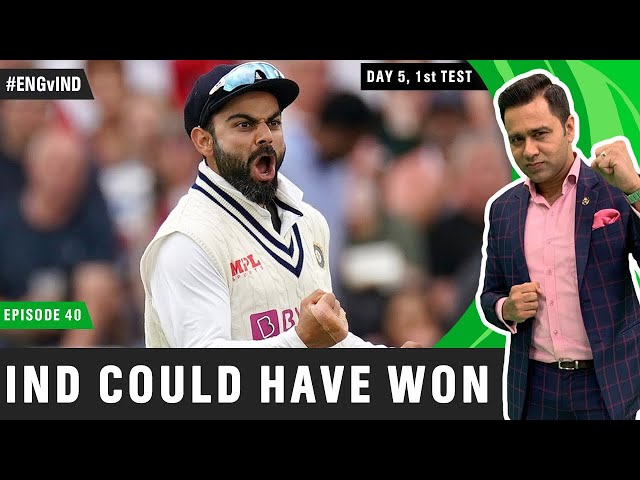 The cricketer-turned-commentator highlighted that apart from the seamer-friendly conditions in England, Rahul’s indifferent recent record in Test cricket was also against him. Aakash Chopra observed:

“Till the time Prithvi reached, the first match started and KL Rahul got a chance. Opening is a tough tough occupation if we talk about the conditions in England, especially if you are under pressure and he has struggled after 2018.”

Aakash Chopra lauded Rahul’s batting performance in both innings of the Nottingham Test. He elaborated:

“Therefore, he became a middle-order batsman. But here he got an opportunity to open not by design but by default. And it is said, when God wants to give you something, he finds his way. He got two lifelines in the first innings but the 84 runs were very important and even in the second innings his batting was top class.”

KL Rahul followed his 84-run knock in the first innings with a pleasing 26 in the second essay.

Aakash Chopra on the other positives for Team India

Aakash Chopra named Ravindra Jadeja as the other huge positive for Team India. He explained:

“The second positive was Sir Ravindra Jadeja. There were great expectations from him and some spotlight over his spot as well. The reason for that is you didn’t play Ashwin.”

The 43-year-old pointed out that Jadeja scored much-needed runs down the order. In this regard, Chopra said:

“You know that if you don’t get runs from the lower-middle order, you will be stuck. This is the only reason he is playing because if you compare the bowling you will obviously go for Ravichandran Ashwin. He didn’t get a wicket but when he got to bat, he played a pivotal role.”

Aakash Chopra signed off by picking Shardul Thakur, Mohammed Siraj and Rishabh Pant’s keeping as some of the other plus points for Team India. He added that he is not naming someone like Jasprit Bumrah, who is a proven performer.

Watch: Cheteshwar Pujara and the Indian team head to London for the second Test