Former Pakistan leg-spinner Danish Kaneria believes there is a huge responsibility on the shoulders of KL Rahul and Rishabh Pant if India need to get a sizeable first innings lead. From 97-0, India stuttered to 112-4 and their mini batting collapse marginally ruined all the hard work done by openers Rohit Sharma and Rahul.

Rishabh Pant has had quite an eventful past few months in Test cricket as he played a number of match-defining knocks away against Australia and at home against England. Danish Kaneria feels the southpaw will need to bat well and will need to show maturity while facing the likes of James Anderson.

In a video on his YouTube channel, Danish Kaneria also spoke about how important KL Rahul is to India’s chances of taking the lead.

“There is a huge responsibility on Rishabh Pant because he is like a warrior. He played a brilliant innings in Australia where he saved India and has also played a number of match-defining knocks. So a lot will depend on how he bats. This partnership between Pant and KL Rahul is really important. Pant will need to bat sensibly, especially against James Anderson. The more KL Rahul stays at the crease, the better it will be for India,” Danish Kaneria stated. 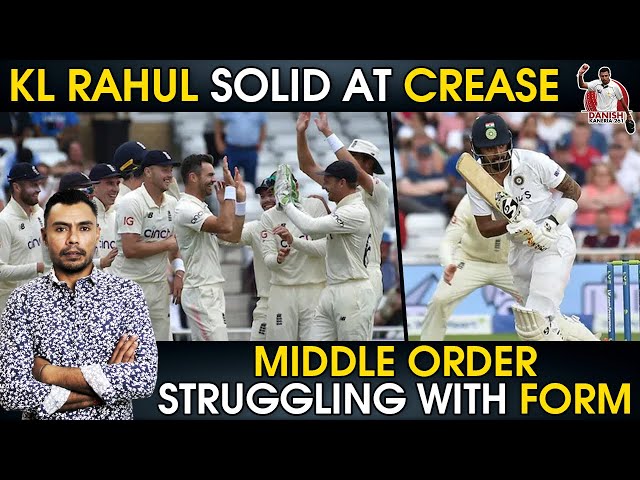 Virat Kohli has not scored an international century since November 2019 and his England tour got off to a horrible start. The Indian skipper edged one behind to Jos Buttler off the bowling of James Anderson on the very first ball that he faced.

India’s middle-order woes are costing them dearly and Danish Kaneria feels it is Kohli who soon has to make a telling contribution.

“Virat Kohli will need to get back in form quickly. If there is anyone in the middle order who can score runs consistently, then it is Virat Kohli. He needs to perform and needs to make big runs in Test cricket but is currently struggling for form,” Kaneria concluded.

India will resume Day 3 at 125-4 and the first hour will be crucial for their chances of taking an important first innings lead. KL Rahul (57*) and Rishabh Pant (7*) will take the crease for the Men in Blue.