Aakash Chopra has opined that the ODI series against Sri Lanka presents a great opportunity for Team India to play Kuldeep Yadav and Yuzvendra Chahal in unison.

Yadav and Chahal are among the six spinners in India’s limited-overs squad for the tour of Sri Lanka. Rahul Chahar, Varun Chakravarthy, Krishnappa Gowtham and Krunal Pandya are the other tweakers in the 20-member contingent.

In a video shared on his YouTube channel, Aakash Chopra highlighted that Kuldeep Yadav and Chahal should be played together because of their wicket-taking abilities. He said: 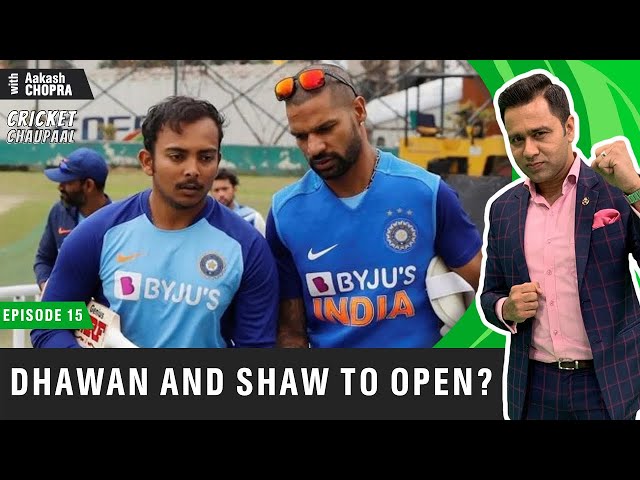 The cricketer-turned-commentator pointed out that Kuldeep Yadav and Chahal were not only penetrative but also economical when they played together. Chopra elaborated:

Kuldeep Yadav and Chahal have scalped 118 wickets at an excellent average of 25.67 in the 34 ODIs they have played together for Team India.

Aakash Chopra highlighted that Kuldeep Yadav and Yuzvendra Chahal’s partnership was broken after just one indifferent performance. He observed:

“Then just one game in Birmingham went bad where you lost to England in the 2019 World Cup league match. After that, they didn’t get a chance at all to play together.”

The 43-year-old signed off by stating that Kuldeep Yadav and Chahal should play all three ODIs, considering that Hardik Pandya is also rolling his arm over. Chopra explained:

Aakash Chopra added that Team India can also opt to play either Krunal Pandya or Krishnappa Gowtham as the third spinner, with both of them capable of wielding the willow as well.

So many in-form batsmen in the squad. Not going to be an easy job picking the Playing XI for the Sri Lanka ODI series…. #INDvSL.
My XI would be Shikhar, Prithvi, Ishan, Manish, Surya, Hardik, Krunal, Chahar, Bhuvi, Chahal and Kuldeep. What would be your XI?