Aakash Chopra has opined that Shikhar Dhawan should have tried out Deepak Chahar at the death rather than giving the ball to Hardik Pandya.

Chahar was not brought into the attack after the 42nd over, although he still had three overs left from his ten-over quota. Hardik Pandya was made to bowl three overs at a stretch at the death, after having bowled just two overs previously in the match.

While reviewing India’s bowling performance in the first ODI against Sri Lanka in a video shared on his YouTube channel, Aakash Chopra pointed out that Shikhar Dhawan might have slightly erred in his choice of death bowlers. He said:

“I had a question if the bowlers’ management was spot on, maybe not, the only thing that Shikhar might not have actually done right. Hardik Pandya could have bowled between the 41st to 44th overs and Deepak Chahar should have been given the 47th and 49th, so that you can at least see how he bowls at the end.” 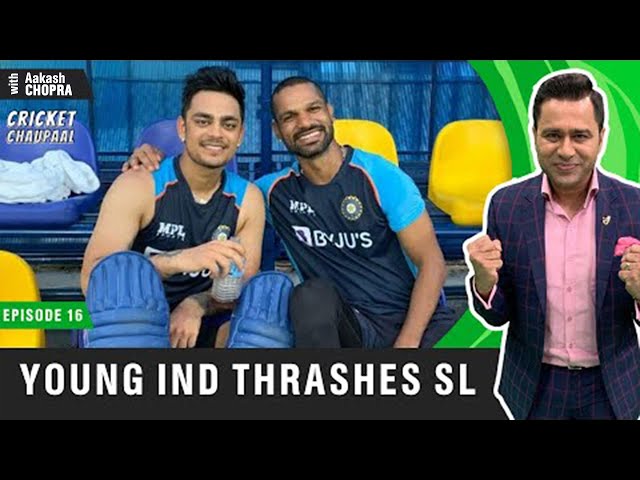 The cricketer-turned-commentator highlighted that Deepak Chahar’s death-bowling skills should have been put to the test. Aakash Chopra observed:

Aakash Chopra also reckons that Kuldeep Yadav and Deepak Chahar should have bowled their full quota of overs. The former elaborated:

Yadav scalped a couple of wickets in the nine overs he bowled and seemed to have regained some of his lost confidence.

“There is one thing that is troubling India” – Aakash Chopra

While lauding the performance of the spinners, Aakash Chopra observed that Team India has lacked penetration with the new ball in recent times. In this regard, he said:

“When you lose the toss and get to bowl first, there is one thing that is troubling India. And that is because we are not taking wickets with the new ball. Let’s be very honest. This is not only for now, whether you play Bumrah, Shami, Bhuvi, Deepak Chahar, Navdeep Saini or T Natarajan.”

Shows why India has been struggling off late in ODIs!

Unable to pick up wickets with the new ball is a pain that Indian team has to resolve! pic.twitter.com/oKw1vaoN2u

Bhuvneshwar Kumar and Deepak Chahar failed to pick up a wicket with the new ball in Sunday’s encounter. Sri Lanka’s opening partnership was broken only in the tenth over, once Yuzvendra Chahal was introduced into the attack.