Aakash Chopra has lauded Bhuvneshwar Kumar for keeping his ego aside and playing the supporting act to perfection in the second ODI against Sri Lanka.

Bhuvneshwar Kumar joined Deepak Chahar at the crease, when Team India needed 83 runs off 89 deliveries, with just three wickets in hand. The pair stitched together an unbroken 84-run partnership to help the visitors clinch the series with a match to spare.

While reviewing the match in a video shared on his YouTube channel, Aakash Chopra spoke in glowing terms about Bhuvneshwar Kumar’s willingness to play second fiddle to Deepak Chahar. 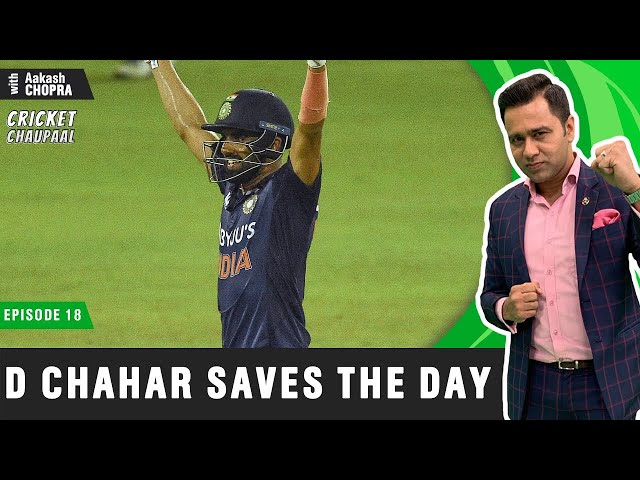 The former India opener highlighted that the knock was in sharp contrast to the enterprising half-century Kumar had struck during his match-winning partnership with MS Dhoni against the same opposition in 2017. Chopra said:

“The way he kept his ego aside, firstly, Deepak came ahead of him to bat. You remember what a good knock he had played in Pallekele with Dhoni, he had more runs than Dhoni in that innings.”

Aakash Chopra pointed out that Bhuvneshwar Kumar had exhibited the mentality of a top-order batsman. He elaborated:

“But here no tension, he allowed Deepak to play, he let him hit the boundaries while himself taking singles and batting till the end. He also hit an odd important boundary. He is a fast bowler with a temperament of a top-order batsman, he is brilliant.”

Bhuvneshwar Kumar remained unbeaten on 19, which came off 28 deliveries. The Indian vice-captain for the series was more intent on rotating strike and hit just a couple of boundaries.

While speaking about Bhuvneshwar Kumar’s effort with the ball, Aakash Chopra expressed happiness about him being amongst the wickets. However, he added that the right-arm swing bowler seemed to be holding back on pace. Chopra observed:

“Bhuvneshwar Kumar has taken wickets. His bowling speed is being seen slightly lower, I don’t know why, maybe it’s a niggle or just coming back from injury, possible.”

Bhuvneshwar Kumar has been bothered by repeated injuries in the recent past. The swing bowler was not selected for the Indian team’s Test tour of England, presumably because selectors might have had reservations about him bowling the extended spells.

The 31-year-old will hope to regain his peak fitness soon as he could be a vital component of India’s seam attack for the T20 World Cup.