Former Pakistan captain Ramiz Raja feels Team India leg-spinner Varun Chakravarthy will have to add more variety to his bowling to be a force to be reckone with on the international stage. According to Raja, Chakravarthy was too predictable in the T20I series against Sri Lanka.

The 29-year-old spinner featured in all three T20I matches of the series against Sri Lanka. He claimed only two wickets, but had an impressive economy rate of 5.30.

Speaking on his YouTube channel, Raja hailed Rahul Chahar for his fantastic showing in the series but added that Varun Chakravarthy needs to work on his bowling. The former Pakistani batsman stated:

“If you look at the bowling, Rahul Chahar was the best of the lot but Varun Chakravarthy will need to bring in more variety, he bowled at the same pace throughout. On this pitch, he could have bowled with more flight and pace at times. He was too predictable.”

Ramiz Raja added that Team India ended up losing the series because of the lack of experience in the playing XI, forced by the COVID-19 situation in the camp. He elaborated:

“Team India has always had talent and potential in batting but this time they had inexperienced hands. Unfortunately, the situation was tough for them. Their regular players weren’t available, which also included some match-winners, due to the COVID situation. When you are inexperienced, you have no reference point when you get stuck since you haven’t been in that situation before. That is why Team India struggled.”

“Team India’s batsmen did not play spin well, which is definitely a matter of worry” – Ramiz Raja

The former Pakistan captain opined that while Team India were handicapped by COVID-19 hitting the camp, their batters’ performance against spin is a cause of worry. He stated:

“Team India’s batsmen did not play spin well, which is definitely a matter of worry. Generally, they bat very well against spinners. This time though they did not use their feet and credit to Sri Lankan bowlers for not allowing them to do so. Wanindu Hasaranga was wonderful with the ball. He bowls very tight lines and, with the same action, bowls leg-spin and googly. He comes in the middle overs and takes wickets at crunch moments to break the rhythm of the opposition. Hasaranga is going to be a big performer in white-ball cricket going ahead.”

“Team India had issues but the brain-thrust would be disappointed. Youngsters had a great opportunity to get a flavor of international cricket. It was a good decision by India not to abort the tour but the batters and bowlers could not perform in the last two T20Is.”

Team India managed only 81 for 8, batting first in the final T20I. Sri Lanka chased down the target with ease and won the match by seven wickets to clinch the series by a 2-1 margin. 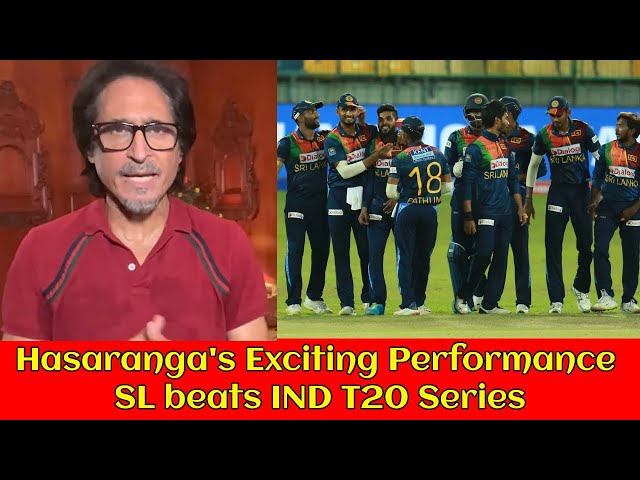