Nestled in the bustling city of Leeds rests the historic Headingley Cricket Ground, the home of Yorkshire cricket. And for several reasons, the venue remains memorable for Indian cricket.

On July 13, 1974, India made their ODI debut at this venue. Almost a year later, they won their first-ever World Cup match here – against East Africa.

India’s other famous moments at the venue came under Kapil Dev in 1986 and Sourav Ganguly in 2002 (the two Tests we will discuss later in this article). India’s last game at the venue was their 2019 World Cup league match against Sri Lanka. The win saw India top the league tables, winning seven of their eight matches.

India may not have a good Test record in England, but they haven’t lost a Leeds Test in the past 52 years.

Ahead of Virat Kohli’s men’s next assignment in England skipper Joe Root’s home turf, we look at the six India-England Tests at Headingley.

1952: Fred Trueman overshadows the Vijays to destroy India on his Test debut

India’s first match at Headingley was a rather memorable affair for several reasons. It marked the debut of Yorkshire’s own Fred Trueman, one of the greats of the sport.

Electing to bat, India were 42 for three before skipper Vijay Hazare and Vijay Manjrekar added a 222-run stand, with the latter slamming his maiden Test hundred in his third national appearance.

England managed a 41-run lead and the Test hung in the balance before drama struck the visitors on Day Three. India were reduced to 0 for four, the then worst-ever start in Test cricket, with Trueman claiming three of the first four wickets. 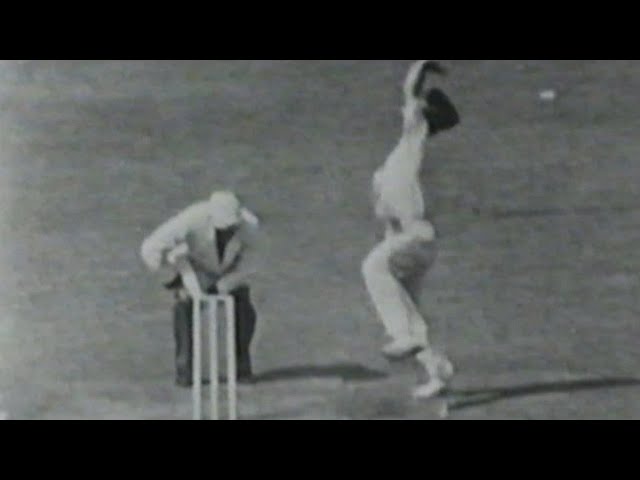 India’s then wicketkeeper Madhav Mantri would recall how skipper Hazare had surprised the teammates by changing the batting line-up in the second innings. Mantri was promoted at no.3 and Manjrekar at four, with both getting ducks. Mantri would call Hazare’s decision-making “an act of self-preservation”, which shouldn’t have been allowed.

A 95-run stand between Hazare and Dattu Phadkar helped India set a target of over a hundred. But Trueman, then 21, lived up to the reputation of being a tearaway pacer, instilling horror into the Indian camp. He finished the series with 29 wickets from four tests at an average of 13.31.

It was a tame surrender by the touring Indians, who gave England the series 3-0 without even posing a fight.

Electing to bat, India were four down for 23 on the board. They never recovered and slumped to an innings defeat.

The Test marked the debut of controversial English pacer Harold Rhodes. His whippy action later became much debated, and his international career came to an end after he was called for throwing.

A poor batting display from India in their first innings cost them the Test that witnessed a sublime batting display from their skipper Mansoor Ali Khan Pataudi. The defeat here meant India had now suffered a hat-trick of defeats at this venue. However, since then India haven’t lost a Test at Headingley.

Otherwise, the Test is best remembered for local Yorkshireman Geoffrey Boycott’s unbeaten 246, an innings much criticized than revered. He batted over nine hours to pile on the runs but still lost his place in the England side for the next Test for “selfish batting”.

Today in 1967: England opener Geoff Boycott achieves his highest career Test score – an unbeaten 246 in 9 hours, 33 mins & 555 balls (SR 44.32) – against India at Headingley, Leeds – his home ground.
He was dropped for the next Test match by the selectors for batting too slowly!