George Garton has become the latest name to join the Royal Challengers Bangalore (RCB) squad ahead of IPL 2021. The Sussex player recently won the Men’s Hundred 2021 with the Southern Brave club.

Garton has completed RCB’s overseas section for the second phase of IPL 2021. Before him, the Bangalore-based franchise had signed Wanindu Hasaranga, Tim David and Dushmantha Chameera.

It is interesting to note that Royal Challengers Bangalore have signed Garton before he makes his international debut.

In this article today, we will look at some interesting things you need to know about RCB’s newest signing. 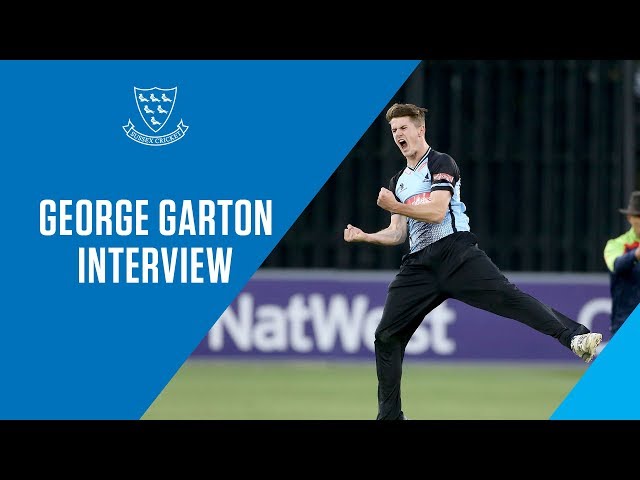 In case you didn’t know, George Garton is a bowling all-rounder. He bowls left-arm pace and contributes a few runs with the willow in the lower middle-order.

Garton can partner with the likes of Navdeep Saini, Dushmantha Chameera, Mohammed Siraj and Harshal Patel in the RCB pace attack.

George Garton is an English player. He has represented England at the U-19 level. The all-rounder has also been part of the England Lions team.

George Garton has played 38 T20 matches in his career so far. He has picked up 44 wickets, with his best figures being 4/16. The left-arm fast bowler has an economy rate of 8.26 in the shortest format of the game.

Garton came into the spotlight after he ended Abu Dhabi T10 League 2019 as the highest wicket-taker. Playing for the Qalandars, the English pacer picked up 12 wickets in nine matches, with his bowling average being 13.67.