Aakash Chopra has named the four players the Royal Challengers Bangalore (RCB) could look to retain ahead of the IPL 2022 auction. He made these picks in a video shared on his YouTube channel.

The Royal Challengers Bangalore are one of the most followed teams in the IPL. However, they have not yet managed to win the prestigious trophy, having fallen at the last hurdle on three occasions.

The Bangalore-based franchise are known to have a formidable batting lineup. They have added much-needed potency in their bowling lineup of late, which has contributed to their good runs in last year’s edition of the league and IPL 2021 thus far.

While initially stating that none of the franchises apart from the Mumbai Indians and the Delhi Capitals are likely to retain four players, Aakash Chopra observed the Royal Challengers Bangalore might also be able to do so. 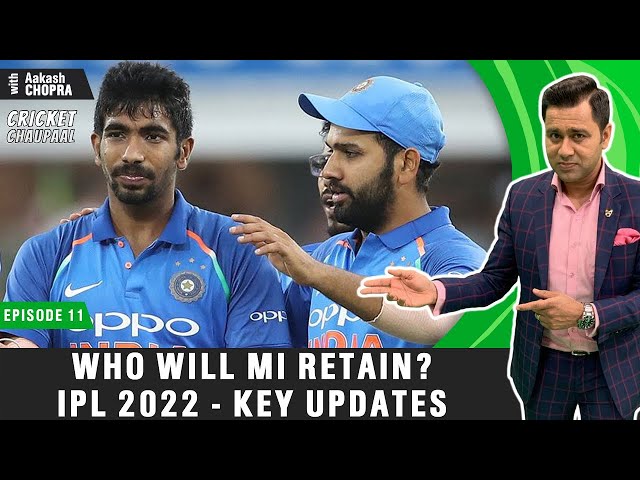 The former KKR player named Virat Kohli and AB de Villiers as undoubtedly the first two players the franchise might want to retain. He said:

“Other than the Mumbai Indians and the Delhi Capitals, I don’t see another franchise who can retain four players. If you look towards RCB, then Virat Kohli will be the first retention, the second retention will be AB de Villiers.”

There is no clarity for now on whether AB de Villiers would be keen to continue plying his trade in the IPL from next year onwards.

If the Proteas great opts not to play, the Royal Challengers Bangalore could look to retain Glenn Maxwell as their overseas player, considering the exorbitant price they dished out for the maverick Aussie and his excellent performances for them thus far.

“Glenn Maxwell is a good guy, we have caught up in past at Australia. He is just very happy to be part of RCB and I see a different energy in him this season.” – Virat Kohli

Aakash Chopra named Yuzvendra Chahal and Devdutt Padikkal as the other two Indian players the Royal Challengers Bangalore might want to retain.

Mohammed Siraj and Washington Sundar might be a couple of other players the Royal Challengers Bangalore could consider as their retention options.

My 4 retentions for RCB