Rajasthan Royals (RR) leg-spinner Yuzvendra Chahal has said that the Rajasthan Royals are the strongest team in the Indian Premier League (IPL) 2022 and was confident that the team will win their second title in the 15th edition of the tournament.

Yuzvendra Chahal was released by Royal Challengers Bangalore ahead of the Indian Premier League 2022 mega auction after being a part of the franchise since 2014 and he was bought for Rs 6.5 crore at the IPL 2022 mega auction by Rajasthan Royals. 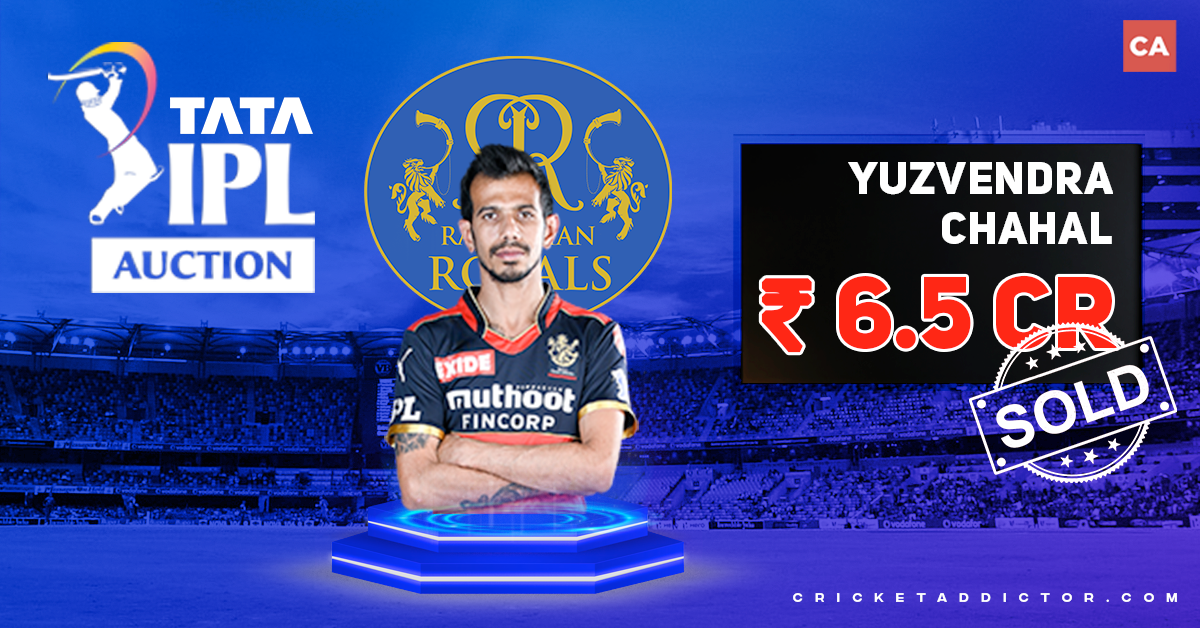 In an interview with TOI, Chahal was asked how would he rate Rajasthan Royals’ title chances this time, to which he replied by saying that the RR have ticked all the boxes and have assembled a perfect team. He asserted:

“On paper, RR are the strongest team. We have solid openers Sanju (Samson), Yashasvi (Jaiswal), Devdutt (Padikkal). We have a strong middle order too with Shimron Hetmyer, Riyan Parag, Karun Nair.”

“We have amazing all-rounders and bowlers in James Neesham, Nathan Coulter-Nile, R Ashwin, and of course me. The side looks pretty good right now. In the batting, fast bowling, keeping, and spin departments, RR have managed to tick all the boxes. RR look like the perfect team.”

He also said that he shares a close bond with RR skipper Sanju Samson. Leg-spinner said:

“Sanju (Samson) and I share a very close bond and we speak with each other and discuss plans. RR is looking like a strong side and I am sure we will win the title this time.”

If they had asked me whether I wanted to be retained, I would have said yes – Yuzvendra Chahal on RCB

In the same interview with TOI, Yuzvendra Chahal made a big revelation that the Royal Challengers Bangalore (RCB) never asked him would he like to get retained and just informed him about three retentions. The leg-spinner added that if he was asked by the RCB management he would have said yes. He elaborated:

“The thing is they never asked me. They just called me and told me about the three retentions. If they had asked me whether I wanted to be retained, I would have said yes.”

“Because money is secondary to me. RCB have given me so much, they gave me the platform, they gave me so much love and support, the fans gave me a lot of affection. Yes, I am attached to RCB emotionally. That’s the most important thing for me.”

Also Read: PBKS vs RCB: Virender Sehwag: ‘I Wouldn’t Have Thought Of Letting Yuzvendra Chahal Go If I Was A Member Of RCB’

IPL 2022: He Congratulated Me And Said ‘Royal To Hai Hi Tu’ – Yuzvendra Chahal On Virat Kohli’s Reaction On Him Getting Bought By Rajasthan Royals (RR)

IPL 2022: They Didn’t Ask Me To Stay On, I Would’ve Said Yes – Yuzvendra Chahal On Royal Challengers Bangalore