Aakash Chopra has credited the IPL as one of the reasons for the depth in Indian cricket. He cited the example of Ishan Kishan overshadowing Virat Kohli on his India debut to substantiate his point.

Kishan smashed 56 runs off just 32 deliveries during his T20I debut against England earlier this year. He was the dominant partner in his 94-run association with the Indian skipper for the second wicket.

In a video shared on his YouTube channel, Aakash Chopra shed some light on the secrets behind Team India’s depth. 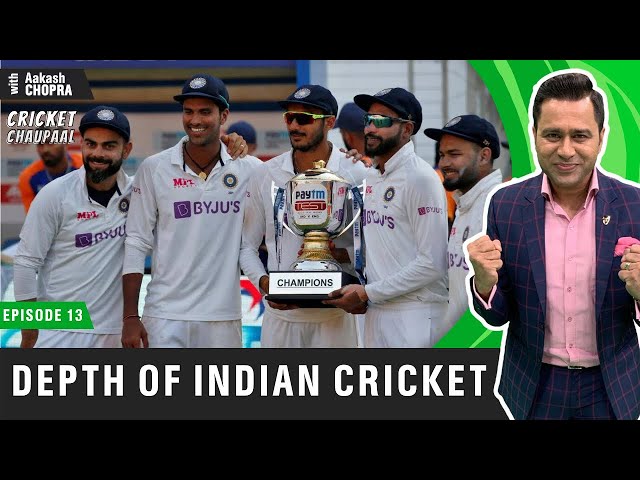 The cricketer-turned-commentator highlighted that domestic cricketers getting to contest maches in a high-pressure atmosphere during the IPL has played a significant role. He said:

“The IPL has allowed first-class cricketers to play in front of packed houses. My debut Test was the first game I played in front of a crowd. Ishan Kishan has played so much IPL, that when he got a chance for India, his batting made Virat Kohli look pale in front of him.”

Chopra added that not only Ishan Kishan but plenty of Indian cricketers have also benefitted from the experience they have gained through the IPL. He elaborated:

“Nitish Rana has not yet made his debut but there is no pressure, he consistently goes in front of the crowd and does not feel any pressure. You can see anyone – Suryakumar Yadav who scooped his first ball for a six in international cricket. Devdutt Padikkal – the same story.”

The IPL certainly presents a huge stage for talented youngsters to showcase their talents and helps them get rid of their nerves.

“This storm has catapulted India’s journey to the No.1 cricketing nation in the world” – Aakash Chopra

Aakash Chopra pointed out that the IPL gives Indian youngsters a chance to play with and against the cream of the crop in world cricket. He said:

“This storm has catapulted India’s journey to the No.1 cricketing nation in the world. The IPL has empowered you, it has encouraged you to dream, it has allowed so many domestic cricketers to rub shoulders with the best in the world.”

The 43-year-old signed off by stating that the IPL forces players to raise their game to meet the required standards. Chopra observed:

“You get to know how to handle pressure and expectations, and you are forced to improve the quality of your cricket. So I think IPL has been absolutely phenomenal. It is a terrific vehicle to make you capable of playing for India.”

Aakash Chopra also credited the broad base of players available, the excellent domestic structure and BCCI’s role in expanding the game, including the ‘A’ team tours, as other contributors to India’s immense bench strength.

India A set up more. The shadow tours have been helpful.

Disappointed that people are not able to manage ‘gifted’ Kuldeep Yadav:  Mohammad Kaif

“Unless you take a chance, how can you become a big team?” – Ramiz Raja questions Babar Azam’s cautious approach