Aakash Chopra has lauded Ajinkya Rahane and Cheteshwar Pujara for playing fighting knocks when their careers were at stake.

Rahane and Pujara came into India’s second innings of the Lord’s Test after a prolonged lean patch. They joined forces when the visitors were in a precarious position at 55/3 and strung together a century partnership.

While reflecting on India’s batting performance on the fourth day of the Lord’s Test in a video shared on his YouTube channel, Aakash Chopra spoke highly of the stubborn resistance provided by Pujara and Rahane. He said:

“Pujara and Rahane were together after lunch. It was a question of saving their careers. The sword was hanging over them. They came out shining like gold. They scored 49 runs in the session and did not lose a wicket.” 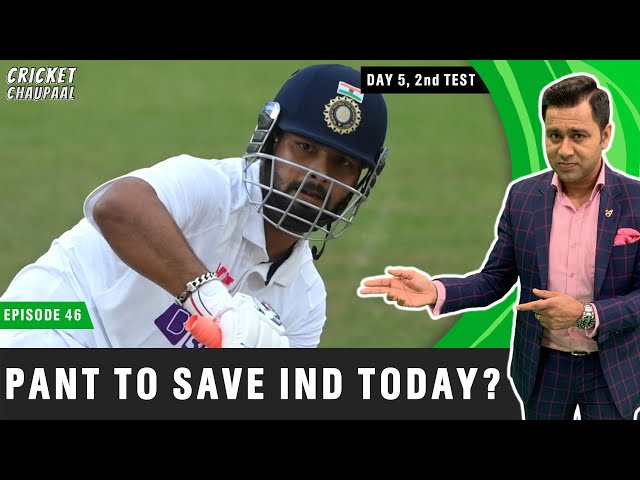 “Pujara played 206 balls and got out for 40-odd to an unplayable ball from Wood. But 206 balls, he has allowed the game to be dragged into the fifth day. I am delighted with the way he batted.”

Cheteshwar Pujara scored 45 runs off 206 deliveries during his almost five-hour vigil at the crease. He was dismissed by a brute of a delivery from Mark Wood that climbed up disconcertingly and took his glove on the way to Joe Root in the slips.

While lauding Rahane’s effort with the bat, Aakash Chopra added that the Indian vice-captain might not be too pleased with the mode of his dismissal. He observed:

“Rahane, on the other hand, was very very good. He was quite dominating against spin. He played the sweep, cut and jumped down the track also to play shots. Eventually, he will be disappointed with the way he got out.”

The 43-year-old signed off by again appreciating Pujara and Rahane for showing great resistance despite the enormous pressure on them. Chopra stated:

“But then 61 when then the backs were at the wall. This is what you like from Rahane. In the context, it was extremely critical that these two players score runs, No.3 and No.5, consistent and dependable. I am happy for both Rahane and Pujara.”

Ajinkya Rahane’s 61 runs came off 146 deliveries and included five hits to the fence. He, along with Pujara, played out almost 50 overs during the course of their 100-run partnership.

Well played, Rahane, India was effectively 28 for 3 in the second innings then he scored 61 runs from 146 bals including 5 fours. Top knock, Rahane, kept India in a respectable position pic.twitter.com/zSjaWJBKnR

“Ashwin is not a big loss, Jadeja can do the job”- Brad Hogg