Rahul wasn’t India’s first-choice opener and was probably seen as a middle-order option. However, a shin injury to Shubman Gill and a concussion blow to Mayank Agarwal meant Rahul got the nod to open alongside Rohit Sharma. 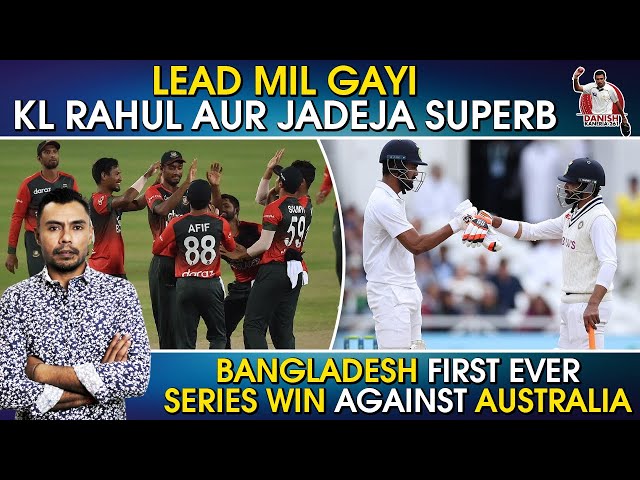 In a video on his YouTube channel, Danish Kaneria explained how KL Rahul has been successful so far in making a strong case for himself to be India’s mainstay in red-ball cricket.

“The way KL Rahul applied himself was really superb. He batted exactly the way one has to in England. KL Rahul is apparently cementing his place at the top of the order in Test cricket. The ball was moving and there was also uneven bounce. But he played steadily and with confidence,” Danish Kaneria stated.

Across formats, Ravindra Jadeja cannot be left out: Danish Kaneria

Another batsman who impressed in India’s first innings was Ravindra Jadeja. The southpaw once again scored crucial runs when the Indian team was in a spot of bother. Scoring a well-made 56, Jadeja accelerated at the right time and caught the England players off guard.

Danish Kaneria feels that such a valuable all-rounder like Jadeja should have a guaranteed starting spot in the playing XI, no matter what format the team is playing.

“Whenever you make an ODI, T20I or Test team, Jadeja is a type of player that cannot be left out. He is a remarkable all-rounder. His brilliant knock of 56 and Rahul’s innings helped India take a first-innings lead,” Danish Kaneria concluded.

Some brilliant batting from Rahul and Jadeja, coupled with useful cameos from the Indian tail, ensured that the visitors led by 95 runs. England still trail by 70 and will resume Day 4 with a monumental task ahead of them.

“Who is running the game?”- David Lloyd unhappy with Indian batsmen dictating terms to umpires