Aakash Chopra has said that Kuldeep Yadav’s name has been put in ‘cold storage’, and termed the decision to ignore him for the England tour as ‘unfortunate’.

Kuldeep Yadav did not find a place in the Indian team chosen for the World Test Championship final and the five-Test series against England post that.

While talking about Kuldeep Yadav’s exclusion in a video shared on his YouTube channel, Aakash Chopra pointed out the left-arm wrist-spinner could have proved a handful for the English batsmen.

“I feel Kuldeep Yadav’s name has been put in cold storage, which is a little unfortunate because when you go to a country especially like England, where their batsmen face a few difficulties while reading leg-spin, you have taken all four finger-spinners,” said Chopra. 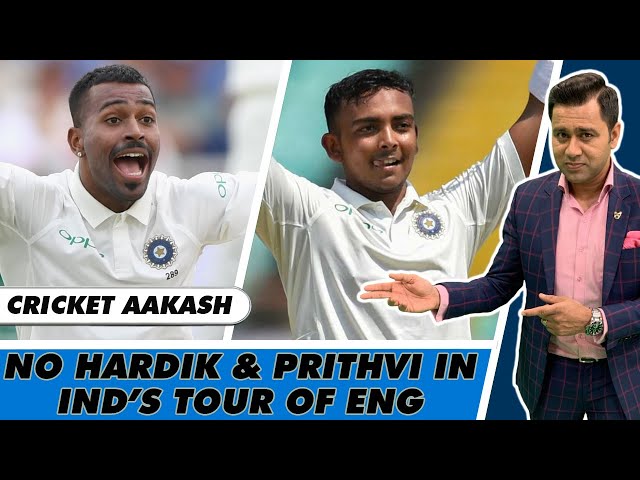 The former India player expressed surprise at the selectors’ decision to not only ignore Kuldeep Yadav but not pick any other wrist-spinner as well.

“You have Ashwin, Jaddu, Axar and Washington Sundar, but not even one leg-spinner. You don’t even have a traditional orthodox leg-spinner, where you can think about Rahul Chahal, Yuzi Chahal, Mayank Markande or any other name that comes to your mind. That is one and secondly Kuldeep Yadav, who is a left-arm leg-spinner, his name is also not there in the list,” added Chopra.

While Ravichandran Ashwin and Ravindra Jadeja are certainties in the Indian Test squad, and Axar Patel and Washington Sundar cannot be ignored after their recent exploits, the selectors should have certainly included a wrist-spinner to lend variety to the attack.

Aakash Chopra highlighted that Kudeep Yadav is under considerable pressure because of the limited opportunities he has been getting.

“Kuldeep Yadav did play the one Test, where he took a couple of wickets, but there is no doubt that he is under tremendous pressure because he is not getting too many chances. He sits out more and plays less. When he played the ODIs, he was hit as well, which can happen,” said Chopra.

The commentator observed that Kuldeep Yadav being excluded even from the list of reserve players implies his Test career has hit a roadblock for the moment.

“These are Covid times, the huge squads travel but still Kuldeep’s name is not even in the standby list. So, there has been a small question mark put over Kuldeep’s immediate Test career, which I feel is a little sad,” concluded Chopra.

Apart from limited chances at the international level, Kuldeep Yadav did not get to play even a single match for the Kolkata Knight Riders in the now-suspended IPL 2021.