Being a celeb is not easy in India, in fact sometimes it gets tough even for the person who is in a relationship with a celeb because the haters don’t miss a chance to troll them. The Indian public is very much interested in the personal lives of the celebs, especially in regard to their affairs, relationships and marriage.

Ankita Konwar became very popular after her relationship with Milind Soman got public and in 2018, she surprised many people by tying the knot as at that time, Milind Soman was 52 yrs old while Ankita was half of his age which means she was just 26 years old. However the good thing is that since then, their love for each other has grown stronger and they still don’t give any importance to what people think about them. 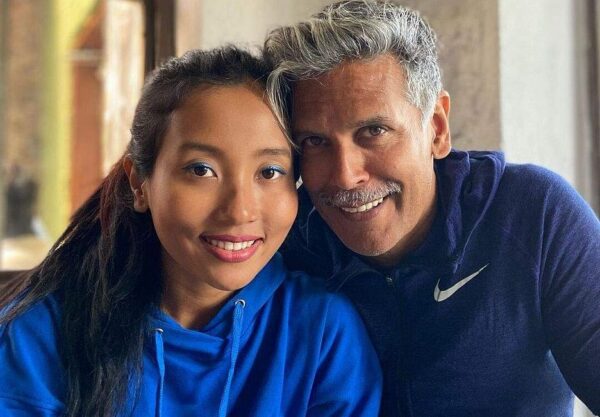 Ankita Konwar who is also a fitness lover like her husband is pretty active on the social media networks and keeps on sharing her photos with her followers. Recently, she carried out “Ask me anything” session in which a follower asked her how she handles the Indian stereotype of ‘don’t marry an older man’.

In her reply, Ankita says that anything which is not common or usual in a society becomes a topic of discussion among people and it is not just about India but it happens everywhere. She adds that as a species, we all have a tendency to act bizarre about the unknown or the unexplored. While concluding, she says that she has always done that thing which has made her happy. 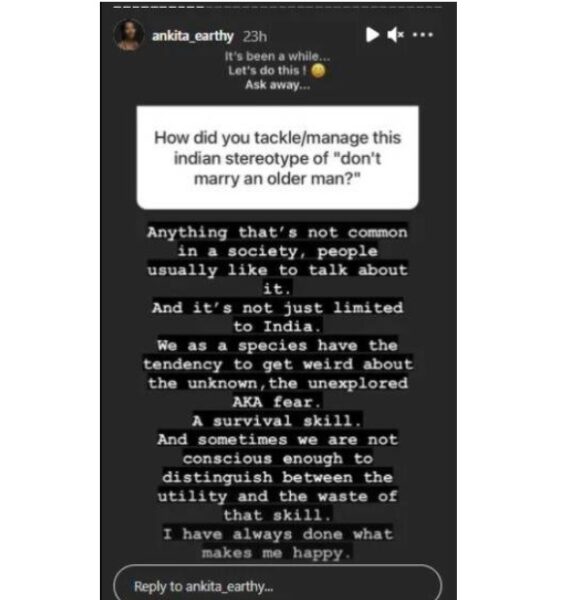 Another user asks her whether they are thinking of family planning and to this, Ankita gives a funny reply as she says that they are a planned family.

Well, Ankita Konwar certainly has good sense of humour along with wisdom! What do you say?

The post Milind Soman’s Wife Ankita Gives An Apt Response When A Fan Asks Her About Marrying An Older Man appeared first on Notesradar.

Scam 1992 Is Only Indian Series Among IMDb’s Top 250 Shows Of All Time, Pratik Gandhi Reacts