Mohammad Amir has praised former Pakistan coach Mickey Arthur for his contributions to the country’s cricket team. The speedster believes Arthur deserves a lot of credit for the Pakistan team’s success over the last few years.

Mohammad Amir shockingly announced his retirement from international cricket last year. The left-arm fast bowler stated that the current team management ‘mentally tortured’ him. As a result, he walked away from Pakistan cricket.

In a recent interview with Cricket Pakistan today, Mohammad Amir was asked about his favorite coach.

“My favorite coach will always be Mickey Arthur,” Mohammad Amir replied. “He supported me a lot. He gave Pakistan the match-winners. Mickey contributed a lot to Pakistan cricket in two years.

“He made Pakistan the number one T20I team in the world. Pakistan won the ICC Champions Trophy 2017 during his tenure.” 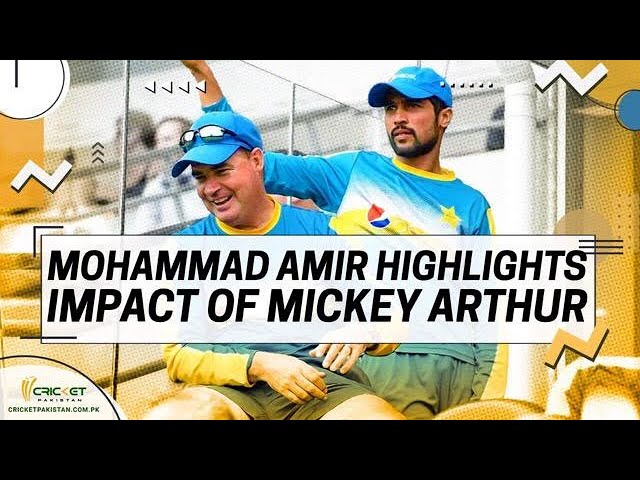 Arthur also developed the careers of many of the current Pakistani stars, including skipper Babar Azam. Amir lauded him for backing the Pakistani cricketers and also defended Arthur over Pakistan’s first-round exit from the 2019 Cricket World Cup.

“Most importantly, Mickey Arthur shaped the career of Babar Azam, who is now the captain of Pakistan in all three formats. Some officials had written off Babar Azam after just two Test matches, saying he is only a white-ball player.

“In two years, Mickey gave Pakistan’s team management eight to ten good players, who are now playing for the team. Even in the 2019 World Cup, we missed out on semifinals because of net run rate. We were among the Top 4, but our net run rate was inferior,” Mohammad Amir signed off.

Mickey Arthur is currently the head coach of the Sri Lankan team. It will be interesting to see if Arthur can help the Islanders reach the top of the cricket world like he did with Pakistan.

Shubman Gill reveals his new look ahead of IPL 2021 [Watch]