Aakash Chopra believes MS Dhoni brought a new dimension of captaincy to the fore with his leadership skills.

MS Dhoni has led India to three ICC trophies – the 2007 T20 World Cup, the 2011 ODI World Cup and the 2013 Champions Trophy. He is also the only skipper in world cricket to have won both the ODI and T20 World Cups.

In a video shared on his YouTube channel, Aakash Chopra highlighted that MS Dhoni’s ability to groom players is his greatest trait as a skipper. He said:

“MS Dhoni taught us a new way of captaincy. Sourav used to find players but he [Dhoni] groomed them. You give him a player and he had the ability to groom them. He created an environment where he could get the best out of every player that was there.” 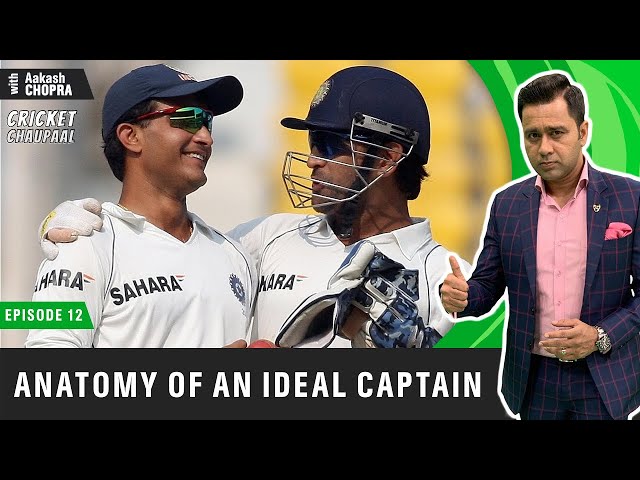 The cricketer-turned-cricketer cited the example of pacer Deepak Chahar, who was molded into a death-over specialist by MS Dhoni. Chopra observed:

“He understands what a player can and can’t do. Deepak Chahar gave me an example on how he prepared him for death bowling. That makes him an amazing captain, if a captain has that then he allows you the wings and gives you the sky to fly.”

Deepak Chahar is yet another Shinning Star mentored by MS Dhoni ♥️
He has got a great talent and he has bowled really well in IPL.
He was one of the most influential powerplay bowler in IPL.
I can’t forget his first Death Over 😅
He improved himself a lot in death too.#INDvWI pic.twitter.com/rraDk6THtJ

MS Dhoni initially only used Deepak Chahar with the new ball for the Chennai Super Kings in the IPL. Once the swing bowler had gained the requisite confidence, the talismanic skipper started using him towards the latter stages of the innings.

“Secondly, his reading of the game, absolutely poker-faced. You don’t want your captain to lose his composure and show his emotions to you. Very rarely did you see MS Dhoni losing his cool.”

The 43-year-old also spoke in glowing terms about MS Dhoni’s tendency to keep his teammates at the forefront while reserving the difficult tasks for himself. Chopra explained:

“Thirdly, what I found special about him was leadership from behind. It is a different way of leading. He used to invest faith and then sit behind, that if everything goes wrong he will manage. That’s the confidence of a different level.”

MS Dhoni skippered Team India in 200 ODIs, winning 110 of those encounters. The Indian team also emerged victorious in 41 out of the 72 matches he led them in the shortest format of the game.