Today is a very big day for India at the Tokyo Olympics as Neeraj Chopra, the Indian track and field athlete who competes in Javelin Throw has scripted history by winning the Gold medal for the country. 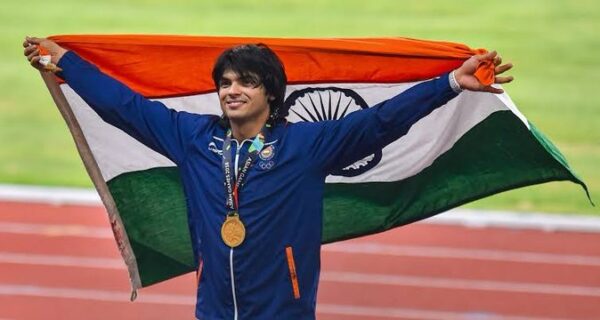 With this, Neeraj Chopra becomes the second Indian sportsperson to win an individual Gold after Abhinav Bindra who won Gold in shooting in 2008 Beijing Olympics. What makes Neeraj Chopra’s achievement more special is the fact that it is the first Olympic medal won by an Indian in track and field event. 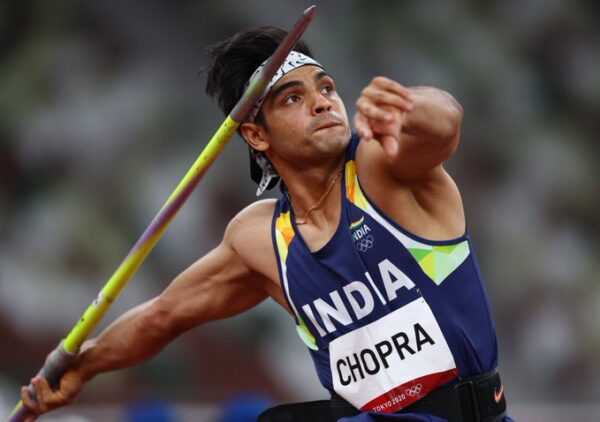 The 23 years old athlete who is a junior commissioned officer in Indian Army left the whole athletics world in a state of shock by producing the second throw of 87.58m in the finals. Neeraj Chopra is from Khandra village, Panipat, Haryana and he belongs to a family of farmers. This is certainly a great achievement not just for him but for the nation as well and with this Gold medal, India h as won seven medals which is also the best performance of India in the Olympics after 2012 London Olympics in which India won six medals. 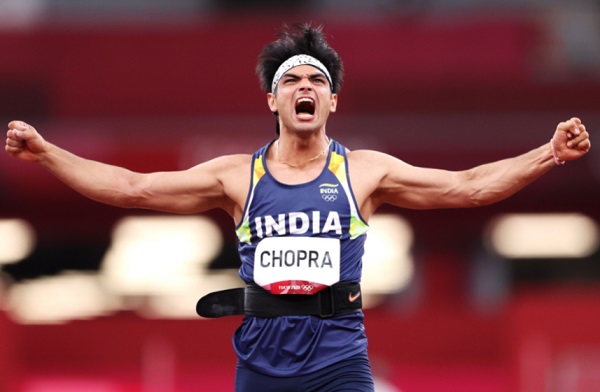 The celebrations have started in the country and at Neeraj Chopra’s house as well and we are pretty sure that he will be getting a grand welcome on returning to the country which he certainly deserves as well.

Here you can see Neeraj Chopra throwing Javelin and winning the Gold:

THE THROW THAT WON #IND A #GOLD MEDAL

From President of India Ram Nath Kovind to Vice-President M Venkaiah Naidu, PM Narendra Modi to sports minister Anurag Thakur along with other ministers and celebrities from the movie industry and sports world took to the micro-blogging site Twitter to express happiness over Neeraj Chopra’s win and congratulate him.

Unprecedented win by Neeraj Chopra!Your javelin gold breaks barriers and creates history. You bring home first ever track and field medal to India in your first Olympics. Your feat will inspire our youth. India is elated! Heartiest congratulations!

What an incredible achievement! @Neeraj_chopra1 scripted history & brought glory to India by winning the Gold medal in the Javelin throw at Tokyo Olympics. His outstanding feat has ended a long wait by India for an Olympic medal in track & field events. #Tokyo2020 #NeerajChopra pic.twitter.com/jSaY95OovZ

History has been scripted at Tokyo! What @Neeraj_chopra1 has achieved today will be remembered forever. The young Neeraj has done exceptionally well. He played with remarkable passion and showed unparalleled grit. Congratulations to him for winning the Gold. #Tokyo2020 https://t.co/2NcGgJvfMS

India’s Olympic History has been scripted!

History has been made, Milkha Singh Ji's wish is fulfilled as India wins first ever Olympic medal in Athletics!

History has been scripted!

Beyond proud of Javelin thrower @Neeraj_chopra1 for winning the Gold Medal at the #Olympics2020!

Today, the entire nation shall rejoice in this glorious victory! Many, many Congratulations to you!

A proud moment for the nation as Neeraj Chopra wins India's first gold medal at @Tokyo2020 .

Heartiest congratulations to you @Neeraj_chopra1 for bringing the first GOLD home. Proud of your tremendous performance! Jai Hind

Yes boy !! You did it . The country salutes you

so proud of you

This is India's moon-landing moment. One of the greatest days in Indian sport. Overjoyed. Feel like a child again. #NeerajChopra

What an AMAZING day for

at the #TokyoOlympics
Congratulations #NeerajChopra on bringing home our first

at #Olympics2021. You are an inspiration for everyone!

Congratulations to #BajrangPunia also for the

What a moment for India & #NeerajChopra, the whole country is proud of your historic achievement and hope you bring more laurels for our country! #Gold #goldmedal

Congratulations Neeraj Chopra on your win at the Tokyo Olympics. More power to you! You’ve made your parents & India

proud. Can’t tell you how happy I am. This is awesome

We are proud of you Neeraj Chopra! Well done and congratulations!