Left-arm speedster Mohammad Amir has once again been vocal about the way talented players in the Pakistan cricket team are treated by the management. The 29-year-old believes there is too much dependence on statistics rather than the match-winning ability of Pakistan players.

Mohammad Amir recently announced his retirement from international cricket after making his views clear about the current Pakistan team management under Misbah-ul-Haq. The bowler wasn’t happy with the way he was treated and made no attempt to hide his displeasure while speaking about the current situation of some players.

In an exclusive interview posted on the YouTube Channel ‘Cricwick’, Mohammad Amir explained why the natural ability of players must be given priority over their recent statistics.

“Never doubt those players who have won games for you in the past. Never doubt their ability due to statistics. Rather than focusing too much on statistics, you must see whether the player has the ability to win games for Pakistan from difficult situations. When a player is in a bad phase, that is when the team management and fans need to back him the most,” Mohammad Amir said. 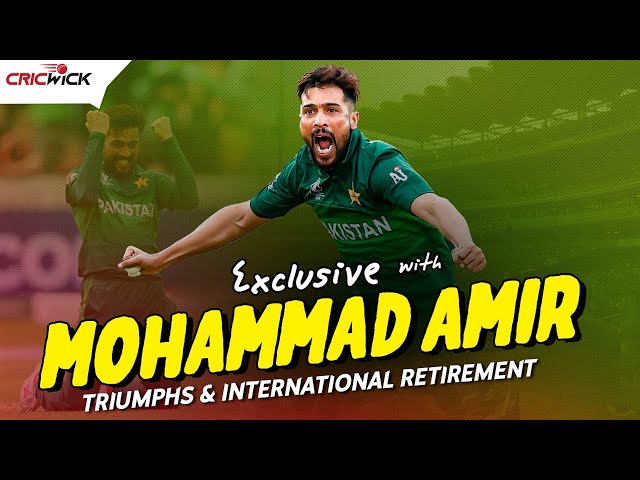 Mohammad Amir on how underperforming players should be handled

Mohammad Amir used the handling of Jasprit Bumrah by the Indian team management despite the Mumbai Indians pacer not being in the best of form as an example of how a world-class bowler should be treated. The 29-year-old also explained how players who aren’t performing to their potential can be encouraged.

Amir feels instead of backing under-fire players to do well in domestic cricket, the Pakistan management chooses to write off their careers, deeming them incapable of being match-winners anymore. He asserted:

“When a player doesn’t perform even after getting ample chances, the management must tell the player to go back to domestic cricket and perform so that he could make a comeback into the national team. But here (in Pakistan) they say his career is over, he is not good enough anymore.”

With Mohammad Amir already having applied for British citizenship, it will be interesting to see what lies ahead for the 29-year-old. He has made his stance clear that he will never play again for Pakistan under the current team management.

Mohammad Amir has applied for England’s citizenship. If he gets it, he’ll be eligible to participate in the IPL.

It remains to be seen whether a change in team management in the future will see Amir back in the Pakistan jersey, or whether he will end up being a seasoned campaigner in different T20 leagues around the world.

WTC final: “Behind this rise to the No.1 rank, pacers have had a role to play”- Mohammed Shami