During a Q&A session on YouTube on Tuesday, Pat Cummins picked his Australian and New South Wales team-mate Steve Smith as the “most complete Test batsman.”

Pointing out Steve Smith’s ability to adapt, Pat Cummins called the former Australia skipper a problem solver who has the unique ability to master every condition.

Answering a question from a fan on the most complete Test batter he has seen, the 28-year-old pacer replied:

“I am going to be biased here. I am an Australian and have seen Steve Smith score hundreds here in Australia, in the fast and bouncy wicket, in South Africa where the wickets are green and its seams, in England against the swinging Duke’s ball and in spin fests in India. Steve Smith solves whatever problem he has in front of him. He’s better than anyone I have seen.”

Steve Smith would top most of the unbiased lists as well. The 32-year-old former Australian captain has 7,570 runs from 77 Tests at an average of 61.8. Except in Bangladesh, he doesn’t average below 40 in any country.

He averages 59.55 in England, a country where visiting batters often find themselves at sea. Even batting in India has been a challenge for most visitors in recent times, but Steve Smith averages 60 there. 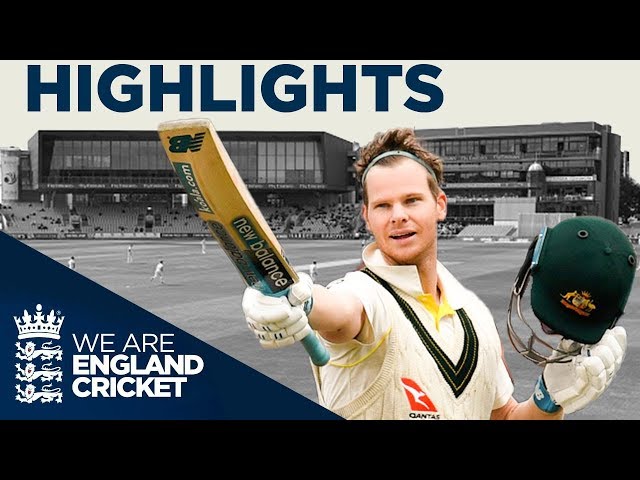 For anyone with over 1,500 runs in Test cricket, Steve Smith’s batting average is only next to Don Bradman. It’s even more incredible for someone who debuted as a leg-spinning all-rounder.

Pat Cummins also went on to reveal his favourite all-rounder. He went with his Australian teammate Mitchell Marsh.

“My good mate Mitchell Marsh. Got to love him. Had a great series against the West Indies lately,” added Pat Cummins, the No.1 Test bowler, who is currently in a break and readying for fatherhood.

Mitchell Marsh had a brilliant T20I tour of the West Indies last month where he scored 219 runs at 43.8, striking at over 152. He also picked up eight wickets at an average of 11 and went for only 6.76 runs an over. On Tuesday, he top-scored for Australia with a 45 in their loss in the first T20I against Bangladesh.

IND vs ENG 2021: “This is India’s best chance to win a series in England” – Monty Panesar