Pakistan Cricket Board CEO Wasim Khan has hinted that they are in talks to get Mohammad Amir out of retirement. Wasim added that he recently had a chat with Amir in the UK where the left-arm bowler discussed the issues that led to his retirement.

Amir continues to play franchise cricket across the globe and will soon be in action in the Pakistan Super League (PSL) for the Karachi Kings.

In a recent chat on Cricket Baaz’s YouTube channel, Wasim Khan revealed that they will soon try to make amends and come to an amicable solution regarding Mohammad Amir’s retirement. Khan said:

“I also made it clear to him th at the path he adopted was not right as a senior player. I think Amir is a valuable player for us even now and we will now make efforts to bring about rapprochement between him and the coaches.”

Wasim Khan, however, didn’t give a timeframe by when one can expect to see Mohammad Amir back in national colors. 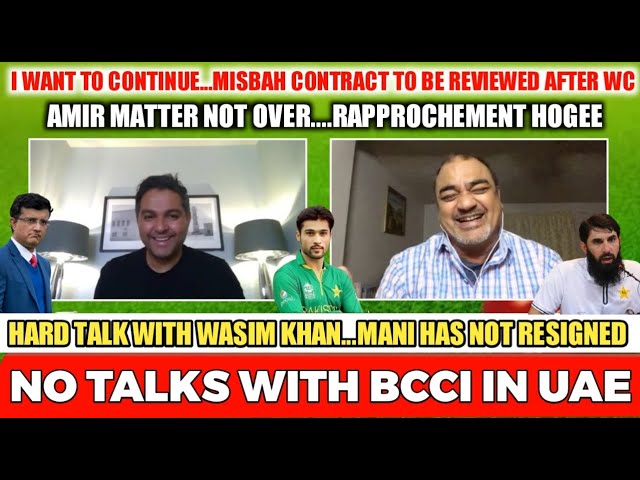 The 29-year-old retired from international cricket last December after claiming he was sidelined from the national team not because of his performances. The bowler was unhappy with how he was being treated by Misbah-ul-Haq and Waqar Younis. Amir said that he would not be able to play for Pakistan given the ‘current mindset’ of the coaching staff.

“We will discuss the problems Mohammad Amir is facing” – Babar Azam

With the T20 World Cup around the corner, Pakistan could certainly do with an experienced player like Mohammad Amir on their roster. Skipper Babar Azam also recently said that he will have a chat with Amir regarding his issues with the team management. In a recent interview with Cricket Pakistan, Azam said:

“I haven’t spoken to him yet [regarding retirement] but we will discuss the problems he is facing when I get the opportunity to talk to him, He is one of the best left-arm bowlers [in the world] and I really like him. I’m hopeful that he will perform well in the upcoming second half of PSL.”

With the PCB CEO and Pakistan skipper both keeping an open mind, it remains to be seen whether Amir will take a U-turn on his retirement and return to international cricket.