Former captain Salman Butt has opined that the upcoming Pakistan Super League (PSL 2021) will be extremely crucial since Pakistan are facing serious issues in the batting department. According to Butt, the PSL will give selectors an opportunity to identify form batsmen, who can be tried out in the build-up to the T20 World Cup.

Pakistan beat a second-string Proteas outfit 3-1 in a four-match T20I series in South Africa. They then suffered a shock defeat to Zimbabwe in the second T20I of a three-match series in Harare, before recovering to clinch the series 2-1. Mohammad Rizwan, Fakhar Zaman and skipper Babar Azam have been the only consistent performers for Pakistan in the batting department in T20Is.

In a discussion on his official YouTube channel, Butt stressed on the significance of PSL 2021, keeping the upcoming T20 World Cup in mind. He said:

“From this PSL, Pakistan can pick out their probables for the World Cup, some 20-25 player I guess. These players can be further given opportunities – there are T20s in England, then in West Indies. After that, you have to start preparing for the T20 World Cup. So, PSL will give the PCB the opportunity to gauge players who can be part of the national team.”

“We need to find some good players because we have a real issue in the middle-order. In the opening department, we have got two batsmen who are doing a good job at the top, and a couple of others, who are in form. Apart from that, that rest of the batting order is struggling as hardly anyone is scoring runs. PSL is thus significant for Pakistan cricket. They need to observe who is doing well and zero down on players who can make it to the next level,” Butt went on to add.

Too much confusion over PSL 2021, glad it’s starting: Salman Butt

During the interaction, Salman Butt also admitted that he is happy PSL 2021 is finally getting underway after all the confusion in recent times. He added that the players will have to adjust to the sweltering conditions in Abu Dhabi as there is no other window available for the resumption of the league.

“You really can’t help it. You can play during late hours when the sun isn’t that harsh. In the night time, of course, the temperatures will fall. That’s all that can be done. There is no other possible window available since the schedule is so tight. The PCB has somehow had to manage things. There has been so much confusion over the PSL in recent days, so finally it is here, beginning on the 9th.”

The PCB, on Thursday, confirmed the schedule for the remaining matches of PSL 2021, which was suspended earlier this year. While the tournament will resume on June 9, the final will be played on June 24. 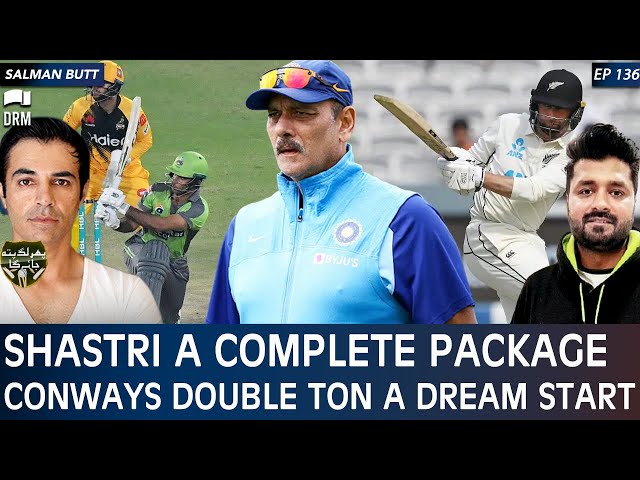