Ashwin is part of India’s five-pronged spin attack chosen for the global event. Ravindra Jadeja, Axar Patel, Rahul Chahar and Varun Chakravarthy are the other spinners in the 15-member squad.

While talking about the team composition in a video shared on his YouTube channel, Aakash Chopra was in favor of Ashwin’s inclusion. He reasoned:

“As many as five spinners. Ravichandran Ashwin coming back is absolutely the right decision because Washi is not there. His T20 numbers are very good. So if you are going with experience, it makes absoulute sense that you play Ashwin.” 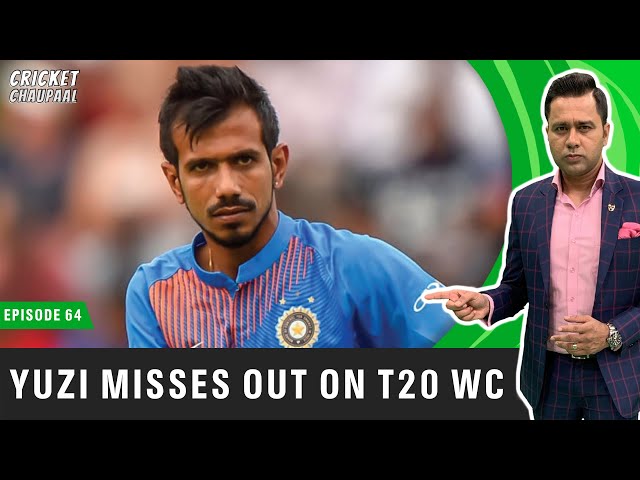 While acknowledging that Ashwin has been out of favor lately, the cricketer-turned-commentator feels the off-spinner’s vast experience will hold him in good stead. Aakash Chopra observed:

“Ashwin’s comeback has not surprised me at all but it would have been good if he had been made to play a little lately. But the sort of senior player he is, you can take a chance with him in the World Cup. I am absolutely on board with that.”

Biggest news is that Ashwin is recalled to the #T20WorldCup team. No other spinner turns the ball away from left handers. No Chahal means a big vote of confidence in Rahul Chahar. Bit hard on Shreyas Iyer

Ashwin last played a T20I for India against the West Indies in 2017. The wily off-spinner has scalped 52 wickets in the 46 T20Is he has played to date.

“Axar Patel is a bit of a surprise package” – Aakash Chopra

Aakash Chopra has contrasting opinions about the selections of Axar Patel and Rahul Chahar. He elaborated:

“Axar Patel is a bit of a surprise package. You can play only one out of him and Jaddu, both are similar. I am very happy for Rahul Chahar because he has been doing very well, so he has been fast-tracked a little.”

The 43-year-old was also in agreement with the selectors on the choice of Varun Chakravarthy. Aakash Chopra explained:

“You have given yourself a mystery spinner in the form of Varun Chakravarthy, a spinner whom no one has seen. Although his Sri Lankan outing was middling, but it is okay, you can take a chance.”

Aakash Chopra signed off by expressing utmost shock at the non-selection of Yuzvendra Chahal among the five spinners chosen. He highlighted that the leg-spinner, who is India’s highest wicket-taker in T20I cricket, has an exceptional record in the format.

ICC T20 World Cup 2021: “MS Dhoni is the only who can help India in the T20 World Cup” – BCCI official reveals reason behind Dhoni joining as a mentor