Australia National Cricket Team wicketkeeper-batsman Matthew Wade, who is part of Gujarat Titans (GT) in the Indian Premier League (IPL) 2022, was extremely upset and furious after getting dismissed in the match against Royal Challengers Bangalore (RCB).

The 67th match of the Indian Premier League (IPL) 2022 is being played between Faf du Plessis-led Royal Challengers Bangalore (RCB) and Hardik Pandya-led Gujarat Titans (GT) at the Wankhede Stadium in Mumbai on Thursday, May 19.

Australian batter Matthew Wade opened the innings for Gujarat Titans in the initial half of the IPL 2022 before being replaced by Wriddhiman Saha after his poor performance.

However, after a few games, he was once again included in the playing XI and this time he was given an opportunity to bat at No.3.

So far, the batter has failed to register a big score for GT and he failed to play a big knock for the Hardik Pandya and Co. against RCB as he was dismissed by Glenn Maxwell on the second ball of the 6th over and he managed to score just 16 runs off 13 balls, including 2 fours and one six.

Glenn Maxwell delivered a length ball angling towards the stumps to Matthew Wade and the Gujarat Titans batter went for the sweep and it seemed like he under edged the ball onto the pad.

The on-field umpire thought there was no connection between the bat and ball and he gave out LBW to Matthew Wade. However, the Gujarat Titans (GT) batter was confident that he had hit the ball and asked for a review.

Meanwhile, there was some technical error in the technology as the UltraEdge couldn’t detect the edge and it showed no spike when the ball passed the bat. The third umpire decided to go with the on-field umpire’s decision and he also gave it out and Wade was extremely furious after his dismissal. 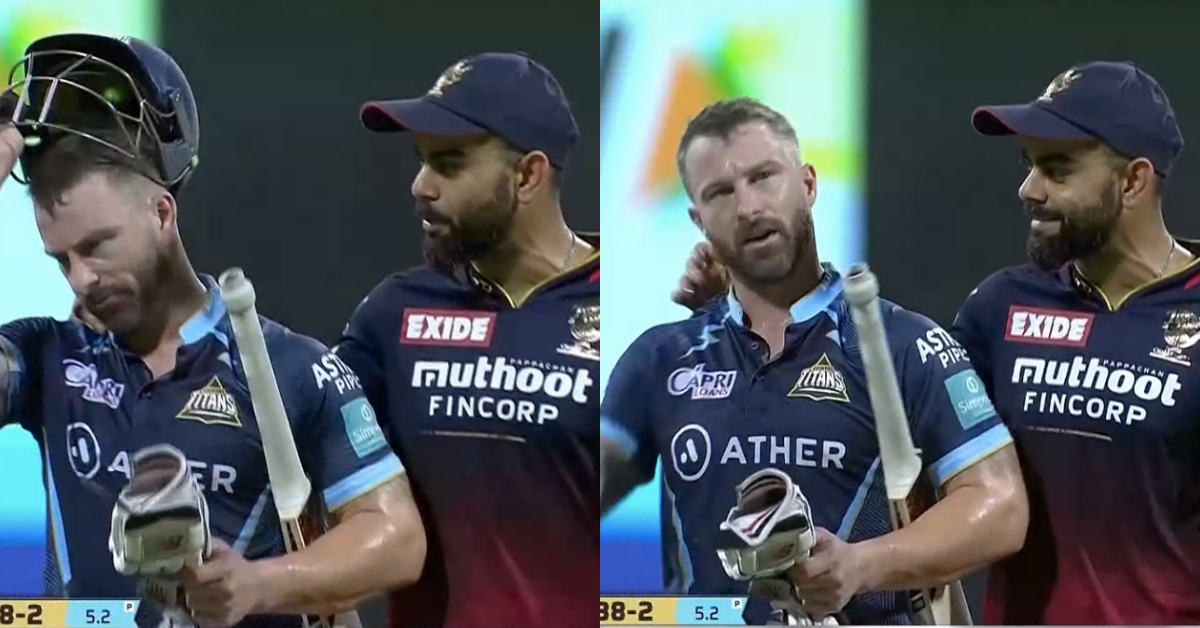 As soon as frustrated Matthew Wade entered the dressing room he expressed his frustration and anger by throwing away his bat and helmet and he was caught on camera while doing this activity in the dressing room.

Watch – Matthew Wade Shows Frustration In Dressing Room After Getting Out LBW:

BRING BACK HOTSPOT! This sniko meter is Worst!

Sad for Matthew Wade was absolutely not out.

Earlier, Gujarat Titans were able to score 38/2 in the powerplay as they lost the wickets of Shubman Gill for 1 and Wade for 16. Also, Star performer Wriddhiman Saha, who once again batted brilliantly, got run out on the 3rd ball of the 9th over and he was able to score 31 runs off 22 balls, including 4 fours and 1 six.