Pant has been one of India’s star performers across all formats in the last few months, starting with the Test series in Australia.

In an interview with Sports Tak, Chahal opined that the changes in Rishabh Pant’s game have been more about the mental aspect as opposed to anything technical.

“Rishabh Pant’s batting style hasn’t changed, but he has become mentally tougher. He is more clear about what he wants to do now and has begun to take greater responsibility. I would say he has really matured of late. I remember he had come into the team midway through the 2019 World Cup. When we lost the semi-final (against New Zealand), he was really hurt. As an elder brother I could see that he had been impacted a lot. I spoke to him during that phase and he came out of it well,” Chahal said. 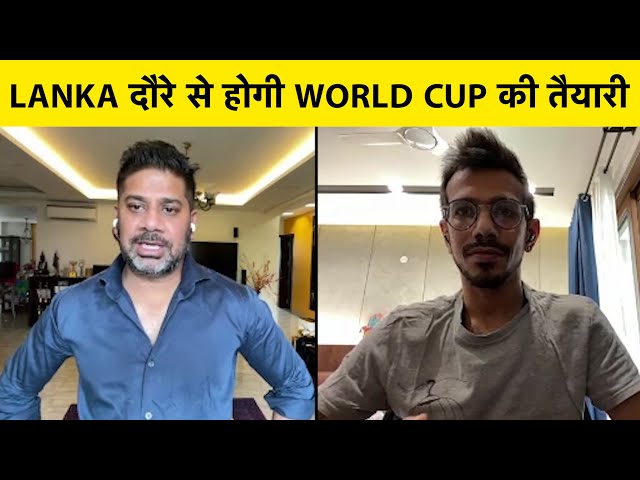 Chahal picked the Gabba knock and the century in Ahmedabad as two of Rishabh Pant’s finest batting efforts.

“In Australia, he scored that 89 not out at the Gabba to take the team to victory. Even in the Ahmedabad Test (fourth Test against England), when the ball was turning a lot, he managed to crack an excellent hundred. Those knocks proved his maturity and his hunger. Earlier, he was not able to perform consistently, but now he has understood what he needs to do to succeed at this level. I am glad he has taken the responsibility and is proving his worth,” Chahal added.

Wicketkeepers with the highest batting average in Tests (minimum 20 matches):

How important will he be in the #WTC21 final? pic.twitter.com/c4e8dHfWrm

During a discussion on India News, Saba Karim pointed out that Pant’s significant contributions to the team’s cause in recent months.

“I feel the World Test Championship final that is going to happen and after that the five Test matches in England, Rishabh Pant will have to play a huge role in that. We should not forget that Rishabh Pant has played a huge role in India reaching the World Test Championship final. If you ask me, I will say that in the entire Indian Test team, Rishabh Pant has had the biggest role in India reaching this stage, both as a batsman and with the wicketkeeping gloves,” Saba Karim said.

Rishabh Pant recently led the Delhi Capitals in IPL 2021 after regular skipper Shreyas Iyer was ruled out of the competition due to injury. DC had an impressive run under the young wicketkeeper-batsman and, in fact, were the table-toppers with six wins from eight matches when the T20 league was postponed.