Dinesh Karthik, the Indian wicketkeeper-batsman, is on cloud nine nowadays as not only the audiences have loved his commentary but he himself is enjoying it a lot. The 36 years old former skipper of the IPL team Kolkata Knight Riders has impressed everyone with his wittiness as well as with his cricketing knowledge while doing commentary in the World Test Championship final which was played between India and New Zealand and the latter won it to become the first World Test Champion. 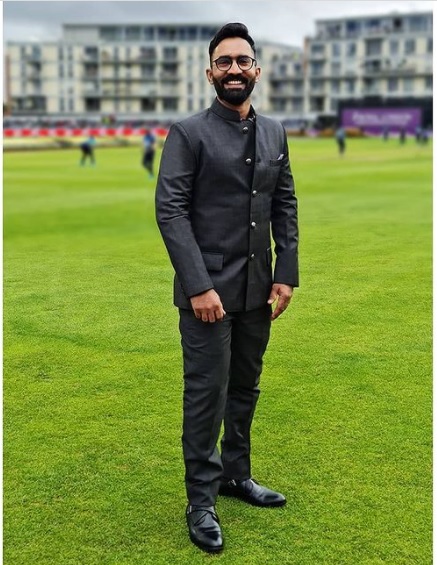 Recently Dinesh Karthik posted some stylish photos on his official Instagram account in which he is seen dressed in various outfits and the caption on the post read, “Just me being me”

This is what Rohit Sharma commented, “You still have some cricket left. FYI !”

And Dinesh Karthik responded with, “@rohitsharma45 don’t ever doubt that sham”.

Dinesh Karthik is one of the very few cricketers who have started doing commentary even before taking retirement. DK was last seen in the IPL 2021 before it got postponed due to the coronavirus pandemic. Well, KKR has not had a good outing in the IPL 2021 till now as it has lost 5 games out of the 7 matches that it has played.

The Board of Control for Cricket in India (BCCI) has confirmed that it will organize the remaining matches of the tournament in UAE just before the T20 World Cup so fans of DK will be able to see him back on the field soon. Till then, let us just enjoy his commentary!

The post Rohit Sharma Reminds Dinesh Karthik, “You Still Have Some Cricket Left” On His Post, DK Responds appeared first on Notesradar.