Yuzvendra Chahal is currently second on the Purple Cap list with 24 wickets to his name in IPL 2022. This includes a hat-trick that he took against KKR earlier in the season to help the Royals win the game. The leg-spinner will be the key weapon for skipper Sanju Samson as he looks to beat Chennai Super Kings in their last league game.

Yuzvendra Chahal was released by RCB ahead of the IPL 2022 mega auction. Despite being the side’s most successful bowler with 139 wickets, the management decided to retain Mohammed Siraj over Chahal.

He was then bought by the Royals in the auction for 6.50 crore. The move turned out to be a masterstroke by the owners. Meanwhile, former Pakistan pacer Shoaib Akhtar has given his opinion on Chahal’s impressive season so far. He said that after being released by the Royals, he had a point to prove.

RCB Challenged Him As A Cricket: Shoaib Akhtar on Yuzvendra Chahal 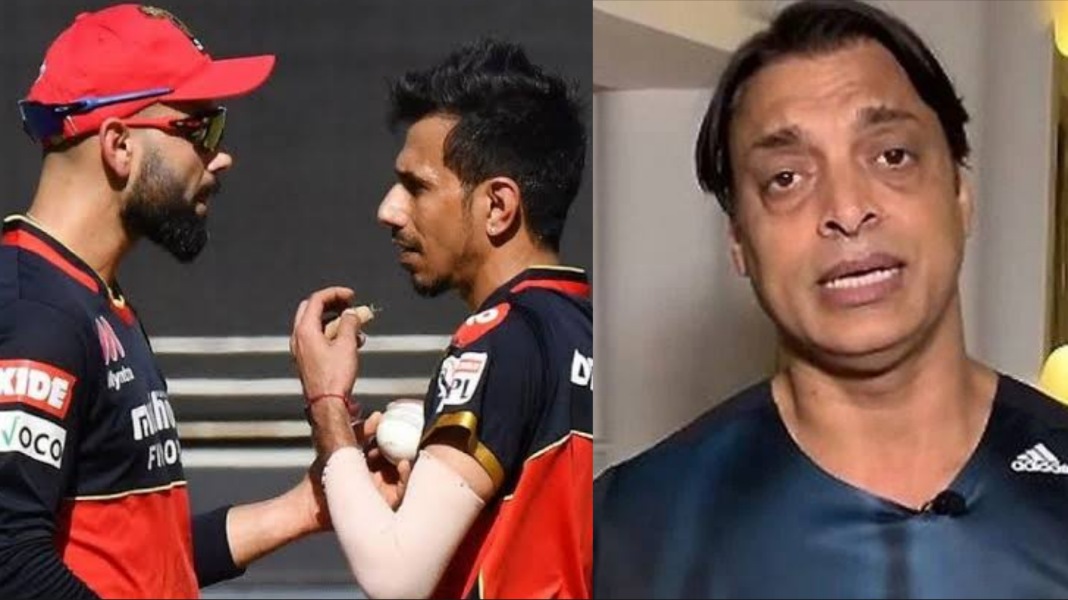 “The way he was released (by Bangalore) ahead of this season, Chahal had a point to prove. The thing with Chahal is that he is full of life, he enjoys his cricket and makes fun videos as well.

“But, for the first time, they (RCB) challenged him as a cricketer. It (releasing him) was like telling him, ‘listen, you are not good enough’. Chahal has answered them by becoming the leading wicket-taker this season” said Shoaib in an interaction with Sportskeeda.

Shoaib Akhtar further spoke about the return of Shimron Hetmyer to the Royals after the birth of his child. He said that the southpaw will be far more threatening now that he has returned from a break. He has scored 291 runs from 11 games with a best of 59 * and hit 21 sixes as well.

“A break works for some people, but for some it doesn’t. For me, a break rejuvenated me, but I don’t think it works for Virat (Kohli). The West Indians enjoy their break a lot and return with greater energy. So Hetmyer could be even more dangerous now.”

If the Royals beat CSK they will finish in the top two and will get two chances at winning the IPL title.

IPL 2022: Give Yourself An Extra Chance – Graeme Smith Reckons RR Should Push Hard For Top-2 Finish