In an exclusive interview with IPL 2021, Shoaib Akhtar picked his ideal XI and the former speedster made some controversial yet intriguing picks.

“The opener has to be Gordon Greenidge and Sachin Tendulkar. In the middle-order- Inzamam-ul-Haq, then followed by Saeed Anwar, you will be surprised why I have put Saeed Anwar in the middle. Because if he would have played in recent times, he would have murdered everyone. Fifth I would get classic keeper MS Dhoni and a batsman At No. 6 I would get Gilchrist.” 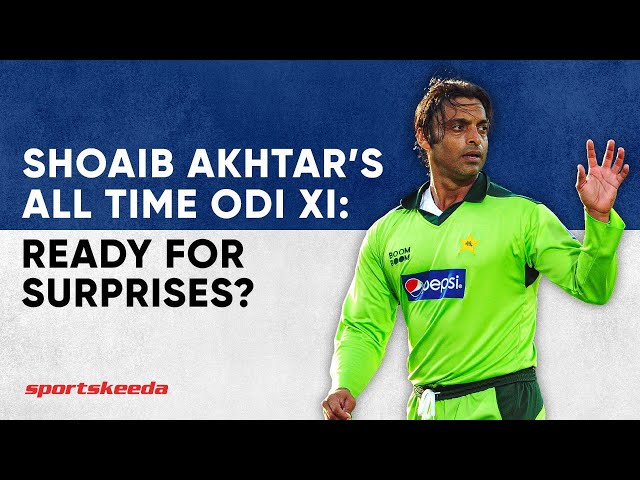 The selection of Saeed Anwar and Adam Gilchrist in the middle order might raise a few eyebrows as both made their names in ODI cricket as openers. However, Shoaib Akhtar went with the pair of Gordon Greenidge and Sachin Tendulkar at the top.

Shoaib Akhtar picked the 2011 World Cup’s player of the tournament Yuvraj Singh as his No.7 option. Meanwhile, he went in with his former Pakistan teammates Wasim Akram and Waqar Younis as the two main fast-bowlers

Akhtar also included former India captain Kapil Dev, branding him “the greatest fast bowler”. Meanwhile, the former Pakistan speedster went with Shane Warne, who he slotted in at No.11, for the captaincy.

“At No. 7 I would have Yuvraj Singh. At 8 Wasim Akram and then Waqar Younis at No.9. At No. 10, to be very honest with you, I think he is the greatest fast bowler and great talent Kapil Dev. At No. 11 I would keep Shane Warne. And my captain would be, not many would agree on this one, but my captain is Shane Warne.” Shoaib Akhtar said.

Shane Warne is often regarded as one of the best cricketing brains going around and many believe that he would have made a great captain for Australia if given a chance. The former leg spinner proved his mettle as a leader when he led an unfancied Rajasthan Royals to the IPL title in the inaugural edition of the tournament.

Watch: Team India in full swing during their practice session at Durham