Aakash Chopra has opined that the England team might not miss a slightly out-of-form Stuart Broad in the second Test against India. He also suggested other changes the Joe Root-led side could make to their playing XI.

Broad has been ruled out of the remainder of the India-England series due to a calf injury. Reports suggest that James Anderson is also a doubtful starter for the Lord’s Test.

Speaking about England’s likely team changes in a video shared on his YouTube channel, Aakash Chopra pointed out that the hosts might not be too concerned about Broad’s absence. He said:

“Broad is unfit, he has a problem with his calf. His form is also 50-50. The team says it is not a problem if such a player gets injured and asks him to rest. So Stuart Broad I think will be missing out.” 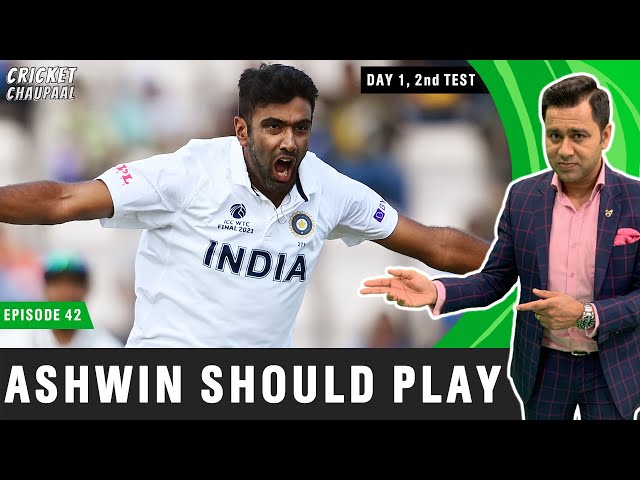 The former Indian opener added that there could be multiple changes seen in England’s playing XI. Aakash Chopra elaborated:

“And one more person will have to miss out because Moeen Ali has come. Ollie Pope apparently is also reported fit. So, there could be a scope of a lot of changes. There is a spotlight on Dom Sibley, if Haseeb Hameed should be given an opportunity here.”

While highlighting that making too many changes is not advisable, Aakash Chopra stated that he will not be astonished if England take that route.

“But how many changes they will make, I think that’s the question they need to ask. You can play Hameed, after that you play Moeen Ali and then Mark Wood as well. You generally don’t want to make three changes after one match, but I won’t be surprised.”

England have been hit hard by the inconsistent performances of all their batsmen barring Joe Root. There have been calls from various cricket experts for the inclusion of Haseeb Hameed and Ollie Pope in their playing XI.

Since the first day I have met (Haseeb Hameed) him, I have been extremely impressed of him as a person. His maturity as a young man then. I think he had served us well during a Difficult spell of his career & now you are seeing him come back into some really good form. – Joe Root

Aakash Chopra feels England might be in a dilemma to include Moeen Ali in place of Dan Lawrence or Sam Curran. He explained:

“Sibley is spending time but not being seen scoring runs. If Hameed is there with Rory Burns, then Zak Crawley at No.3, then Joe Root, Bairstow at No.5, you can have Moeen Ali at No.6 instead of Dan Lawrence. After that Jos Buttler, you can still take a call on Sam Curran because Moeen has come now and you have got depth in the batting.”

The 43-year-old signed off by suggesting the changes England should ideally make for the Lord’s Test. Aakash Chopra observed:

“Mark Wood will be my choice for Stuart Broad, you can bring Moeen Ali for Sam Curran or Dan Lawrence, ideally maybe for Dan Lawrence. You have tinkered the batting slightly but have the bowling to take 20 wickets. That will be the right balance and maybe Haseeb Hameed in place of Sibley.”

Although Sam Curran seemed ineffective with the ball in the first Test at Trent Bridge, he made decent contributions with the bat. The England team might just stick with him for the second Test as it would also give them five frontline bowling options.