Aakash Chopra believes Team India will be the more confident of the two teams going into the second Test at Lord’s.

The Virat Kohli-led side seemed to be in the ascendancy in the first Test when they required 157 runs on the final day with nine wickets in hand. However, they were denied a probable victory when the fifth day’s play was washed out.

In a video shared on his YouTube channel, Aakash Chopra picked Team India as the more confident side ahead of the Lord’s Test when asked about the same. He reasoned:

“Without doubt India. There is no doubt about that. They have very few things to address. Maybe, the form of Ajinkya Rahane and Cheteshwar.” 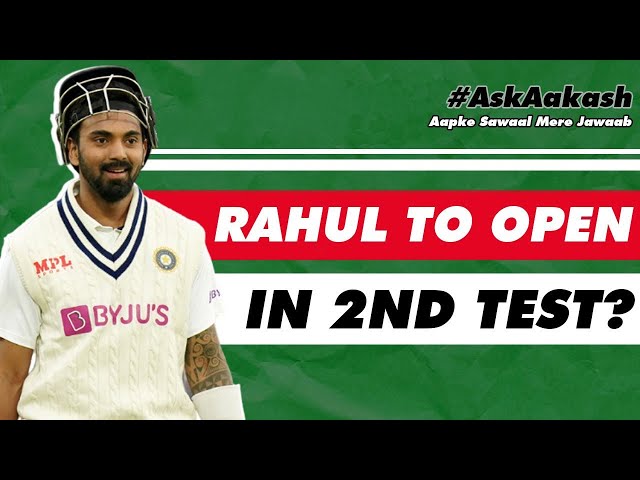 The former Indian opener pointed out that the Indian team do not have issues that might cause them grave concerns. Aakash Chopra elaborated:

“Other than that, maybe runs from Rishabh Pant’s bat, maybe wickets from Jaddu in the second innings. But these are minor concerns. They are not concerns that might ask you to say what is going to happen as you are stuck.”

Apart from the aforementioned areas, the Indian team will also hope that their skipper Virat Kohli is back amongst the runs and plays a substantial knock.

Aakash Chopra also highlighted that Joe Root, Ollie Robinson and James Anderson were the only three England players to give a decent account of themselves in the first Test. He said:

“If you see the positives in the opposition team, you will see Joe Root, Ollie Robinson and James Anderson – that’s it. After that, they have a list of negatives. They have a lot to think about while India has less.”

Ollie Robinson is a fantastic find for England .. Makes it look so easy .. Reminds me of Josh Hazlewood .. #ENGvIND

However, the cricketer-turned-commentator signed off by stating that it does not take long for the tables to be turned in international cricket. Aakash Chopra observed:

“But you need to remember one thing. What you feel doesn’t happen in international cricket. You remember 2007, the series we had won, you were about to lose the match at Lord’s if it had not rained but after that, you felt India would have less confidence but we won the next match and eventually the series.”

MS Dhoni’s unbeaten 76-run knock, followed by rain, had helped India draw the first Test at Lord’s in 2007. They registered a seven-wicket win at Trent Bridge in the next Test and drew the final one at The Oval to bag the series.

Our very own MSD scored a brilliant 76* vs England at Lord’s in 2007. India were 9 down. Dhoni/Sreesanth did a Prior/Panesar. #NzvEng

England tour of Pakistan in jeopardy over venue constraints