Former India wicketkeeper Deep Dasgupta has opined that West Indies will be one of the favorites at the T20 World Cup that is set to be held later in the year. According to Dasgupta, the current West Indies T20I outfit is ‘intimidating’ and ‘scary’.

West Indies have won the first three T20Is of the ongoing five-match series against Australia in St Lucia, putting up some commanding performances.

Speaking on his YouTube channel, Dasgupta pointed out that apart from West Indies’ power-hitting, their bowling is also coming together. He stated:

“West Indies was generally a power-hitting squad, which scored 180-200 and depended heavily on their batting. But if you look at the previous series and this one, their bowlers have done well. Obed McCoy, Hayden Walsh Jr., they have been really good. Sheldon Cottrell is also there, so they have a really good bowling side along with all-rounders.”

Dasgupta added that West Indies’ powerful hitters are also in great form, which augurs well for the team. He further said:

“This West Indies side is a bit intimidating as well. If you look at form, the big-hitters are in good nick. Andre Russell has scored runs, Gayle storm has hit this series in the last T20I. This T20 team looks really good. Their captain Kieron Pollard is not even playing due to injury. It is being said, Sunil Narine will also make a comeback when he is ready.”

“Pollard is not fit as of now. So if he comes back who will West Indies leave out? It is a difficult decision because that’s how good this team is. They might have to drop Dwayne Bravo, whose performance in this series has been very good. This West Indies side looks scary,” Dasgupta further added.

Pitches for the T20 World Cup in UAE might flatten out, aid West Indies: Deep Dasgupta

West Indies batsmen struggled a little during IPL 2020, which was held in the UAE. The likes of Russell and Gayle found it tough because of the extra bounce.

According to Dasgupta, the pitches in the UAE for the T20 World Cup are likely to be flatter. The former stumper stated:

“The T20 World Cup will be held in the UAE. If you look at the last IPL that was held there, the pitches had more bounce. West Indies batters like Andre Russell and Chris Gayle struggled there. But I have a feeling the pitches might flatten out a bit more. Before the T20 World Cup, the IPL will also be held in the UAE. Flat pitches will help West Indies batters. It looks really interesting.” 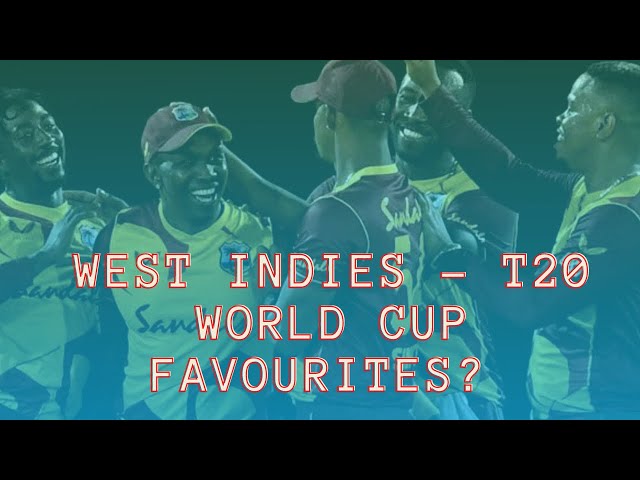 The T20 World Cup will be held in the UAE from October 17 to November 14, just a few days after the conclusion of the IPL.