Former Pakistan captain Ramiz Raja has questioned current skipper Babar Azam’s safe approach as leader. According to Raja, under the current Pakistan think-tank, players are not encouraged to express themselves freely, which is hurting the progress of the team.

Raja was speaking after an England team, minus most of their star players, whitewashed Pakistan 3-0 in the ODI series. The ex-Pakistan skipper feels Babar Azam needs to do more than just score runs.

“Babar Azam is a young captain and he needs to change the team environment. The think-tank, however, doesn’t seem to be interested in doing so. Babar Azam is not going to make headlines just by scoring 150. It needs to come in a winning cause for Pakistan. The current team environment is such that the team is expected to play safe and within themselves. There is no scope for experimentation. Under such circumstances, how can players improve their skill levels? Unless you take a chance, how can you become a big team? Until your skills are challenged, you cannot become a great player. This environment needs to change.”

Raja pointed out that Babar Azam and Pakistan missed a great chance to give youngsters an opportunity to showcase their skills in Zimbabwe. He added:

“We saw a trailer in Zimbabwe. It was an ideal series to try out youngsters but the same players were given chances. This is what Babar Azam needs to change. Pakistan have many big challenges coming up. Babar Azam’s career is on the rise so he can do many good things for Pakistan cricket. The captain has a major role to play in building team environment and utilizing the talent of players. As of now, Pakistan players are scared of making mistakes for the fear or losing. Hence they are always on the defensive. This is why Pakistan have been playing mediocre cricket.”

Raja described the whitewash in England as a major wake-up call for Pakistan and urged the management to give more chances to youngsters. He stated:

“I was surprised that only three players were part of the young category in the new central contracts. Youngsters are the future of Pakistan cricket. At least 10 youngster should have been there. It is high time things change. The whitewash in England is a massive wake-up call for Pakistan,” he added.

Despite Babar Azam’s 158, Pakistan went down to England by three wickets in Birmingham to lose the three-match series by a 3-0 margin.

Speaking after the game, Babar Azam admitted that Pakistan will need to come up with better plans for the T20Is. At the post-match conference, the skipper said:

“We couldn’t bowl in the channels consistently at the start and the sloppy fielding didn’t help either. England were really good and special credit to James Vince. In international cricket the margins are very small and these kinds of errors cost us the game. We want to come up with a better plan for the T20Is and learn from our mistakes.”

The first T20I of the three-match series will be played in Nottingham on July 16. 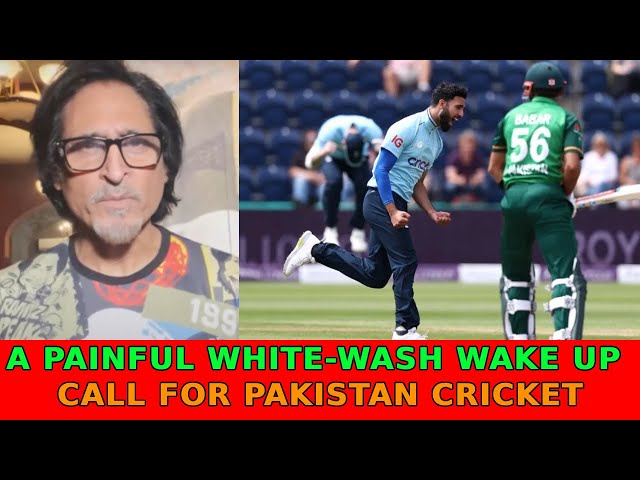 If an academy player scores off a bowler bowling at 145 kmph, the fault is ours: Inzamam-ul-Haq