Glenn Maxwell has certainly surprised everyone with the brilliant knocks that he has played for his new team Royal Challengers Bangalore (RCB) in the IPL 2021. Maxwell has been targeted a lot by the former Indian cricketers and cricketing experts for his dismal performances in the tournament in the past and because of his below average performance in the IPL 2020, he was released by Punjab Kings ahead of the IPL 2021 auctions. Though Maxwell didn’t have a good track record in the league, still there was a good contest among the franchises in order to purchase Maxwell and RCB bought him by paying a whopping amount.

RCB is sitting at the top of the points table with three wins in the three matches that they have played and in all the matches, Glenn Maxwell has played an important role. In the last match of RCB which was played against Kolkata Knight Riders, Glenn Maxwell played a sensational innings of 78 runs for which he faced only 49 deliveries and paved the way for his team to make a huge score. AB de Villiers also played a beautiful innings of 76 runs (34) and RCB posted a huge total of 204/4 in the stipulated 20 overs.

The RCB skipper Virat Kohli is quite an expressive person and his happiness had no bounds when Maxwell completed his half-century as Kohli clapped in quite a different style which has now become a meme material. 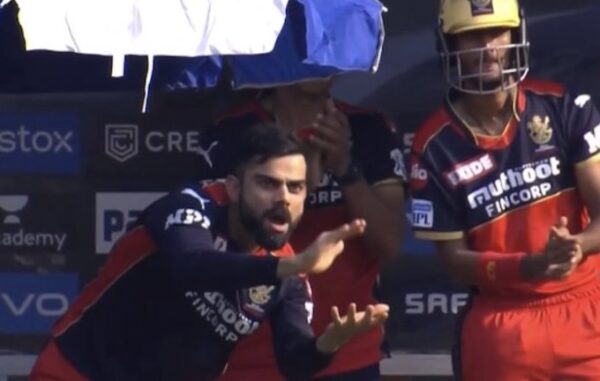 Here are some selected memes by Virat’s fans and the social media users:

My dad seeing me wake up before 12PM on a Sunday. pic.twitter.com/AlM0Tsk9Hf

#IPL2021#KKRvsRCB
RCB on the top of the table.
RCB fans : pic.twitter.com/azr9oYT0Dq

Neighbour aunty whenever my parents scold me #RCB #RCBvsSRH pic.twitter.com/Ifr9bV02b7

#RCBvKKR
RCB Fans to Everyone after Wining the match : pic.twitter.com/bkoEhTA48J

As far as the match is concerned, KKR managed only 166/8 in the 20 overs and the Bangalore franchise won that match by 38 runs.

Do you think that RCB will be able to win their first IPL title if Maxwell continues to play in the same manner in the league?