Former Pakistan skipper Inzamam-ul-Haq has opined that talented young cricketers from Kashmir will soon represent the Pakistan national team. He appreciated the officials who took the initiative to organize the Kashmir Premier League, which will give a good platform for youngsters from Kashmir to showcase their talent.

Inzamam-ul-Haq will be coaching the Mirpur Royals team in the first edition of the KPL. While speaking in a video on YouTube about the KPL, Inzamam-ul-Haq said:

“Lots of Kashmir players are already playing under-19 cricket for Pakistan. There is no dearth of talent in the players of this region. The prime issue is that they have not been getting proper opportunities and platforms so far. PCB has always tried to support them until now, but the latest step taken will give these guys good facilities, and resultantly more opportunities will arise for the players. You will see youngsters from Kashmir playing for Pakistan soon.”

“In 2 to 3 years, I feel Kashmir players could be seen playing in leagues around the world. I think after the conclusion of this year’s KPL, within a year, we could witness a major change in the state of cricket in Kashmir and also the attitude of the people there,” added Inzamam-ul-Haq. 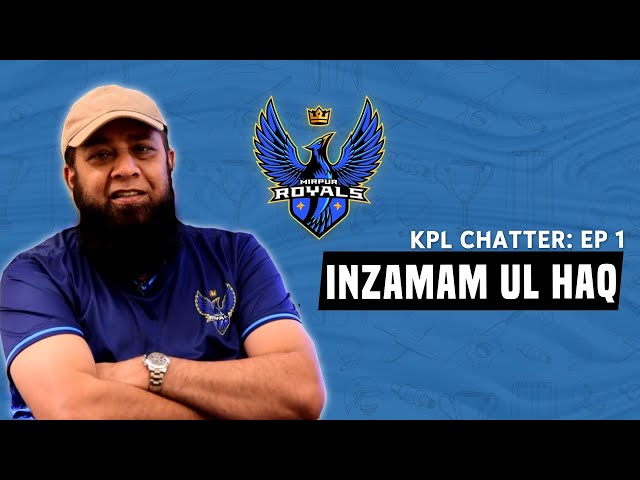 “Both are big players, world-class players, so momentum will keep swinging” – Inzamam-ul-Haq on Virat Kohli vs James Anderson duel

While speaking on his YouTube channel, Inzamam-ul-Haq recently discussed the legendary on-field rivalry between Virat Kohli and James Anderson that has developed over the years. Yesterday, Anderson dismissed Kohli for a golden duck in the first innings at Trent Bridge and wrote the latest chapter in the storied rivalry.

Inzamam-ul-Haq felt that when the two such elite players collide, momentum will keep shifting. He said:

“Anderson vs Kohli has been quite a contest over the years. It was there in the beginning, then we did not get to see it for a while but whenever these two have come across, Anderson has been able to dismiss him 8 to 9 times. But Virat played him well last time at Trent Bridge, so now we will get to see this riveting battle throughout the series. Both are big players, world-class players, so momentum will keep swinging.”